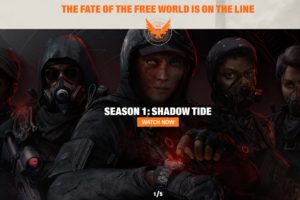 The Division 2 - A sneak peak to a much anticipated sequel! 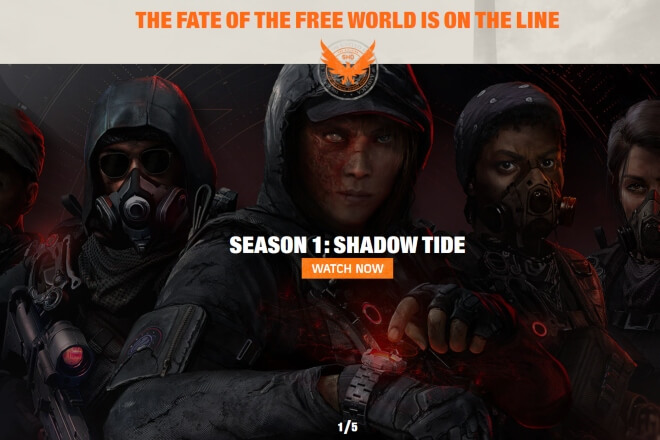 Gentlemen, America needs you. Washington, D.C. needs you. And the only way to save the city and the country is by joining up to The Division 2.

A sequel to the well-loved and much played The Division, The Division 2 provides all the great gameplay experience of the first game (Dark Zones, post-apocalyptic shoot-em-up mayhem, and multiple ways to play) and adds so much more.

This game is immersive, thrilling, and full of great story and gaming moments. In other words, this is a game you are going to want to get now and get to playing. To help you master the game and save the day, read on to find out more about just what the game is and how to play it.

What Is The Division 2?

The game is an RPG shooter with co-op and player vs. player (PVP) potential later in the game. It's a direct sequel to The Division, which was released in 2016, and it's available on PC, Playstation 4, and Xbox One.

It follows the same general story set up in The Division. In that first game, a small pox pandemic called Green Flu has transformed New York City into a chaotic nightmare where The Division (a set of sleeper agents in the city under the control of the government) have to try to discover what happened and bring the city back from the brink of destruction.

Sounds like a fun old walk in the park, doesn't it? Well, the game moves the action from NYC to Washington, D.C. where things are only going to get more crazy. The sequel also brings along a lot of the distinctive gameplay options found in the original game.

Most significantly, the Dark Zone returns, only now there are three distinct zones to explore. There are also rogue agents, as before, as a ton of great weapons to pick up and play with.

How to Play The Division 2: 6 Steps

The Division 2 manages to offer so much in a single game. It's a straight up RPG shooter with a great halfway-apocalyptic story, it's a PVP free-for-all, it's a co-op team game. There's so much fun to be had for all the hours you want to put into this game.

But the only way to get all that fun out of it is to know how to play it. Thankfully, the game is laid out fairly clearly once you have your basic bearings. To get you those bearings, we've put together the 6 steps you need to follow to save D.C., America, and the world.

There's so much to do in the game, it can feel overwhelming. To ground you, keep in mind from the very beginning that you should focus on leveling up, getting some money, and picking up gear.

Leveling up brings with it the standard benefits, and it also occasionally adds skill points that can lead to some really cool abilities. Gear is one of the great adventures in this game, and there are some fantastic weapons and shields out there to enjoy. Start building up your arsenal now.

Keep an eye out for some of the really spectacular goodies in this game like the assault drone and chem launcher.

2. Enjoy the Story on the Campaign

Before getting into some of the crazier multiplayer aspects of the game, sit back and enjoy the story. The game manages to live up to the entertaining story in the original, giving you plenty of cinematic enjoyment while you really get the hang of the gameplay.

You'll get the feel-good experience of saving D.C. while you also learn your way around and head towards Level 30.

What does Level 30 matter? When you've reached level 30 and the end game, the game really opens up all of its bounty of adventures.

First, you'll be able to choose new specializations, including Survivalist, Demolitionist, and Sharpshooter.

When we say that is just the beginning, we mean it. Because at this point, the game now presents you with all the variety of gameplay we've teased above. Want to play in teams? You can go on co-op raids, or get into a few Conflict scraps.

Want to really test your Division mettle? Get into the Dark Zone.

4. Prepare to Enter the Dark Zone

The Dark Zone is a blocked off part of the city where all the laws of man and nature have been suspended. In the original The Division, there was only one, massive, overwhelming Dark Zone. Early versions mostly had every player just trying to kill all the others off.

This new version has a lot more finesse and a lot more to offer. To begin with, there are now three Dark Zones scattered around the city. They offer different environments and challenges, as well as the same old player versus player experience with up to 12 players in there at once.

There are also new rogue and hacking options you can test out in the Dark Zone, allowing you steal toxic gear that hasn't been extracted (yeah, some of the gear is covered in Green Flu poison... that's a whole other challenge) or pick the locks on supply crates.

The Dark Zones aren't only a great way to see what the game is like when all the rules go out the windows, some of the best gear can be found in these areas. So, make sure you really know what you're doing before you go in, then go through the gates and rock on.

5. Get Into a Few Conflicts

If you aren't really the "go it alone" type, you don't have to live the cowboy life in the Dark Zone. Instead, you can get into some team play adventures.

One of the most fun team play options out there are conflicts. You will be on a team of four Division members as you take on four rogue members. From there, you can either play for Domination (capturing some key territory) or play a straight Skirmish.

6. Use Our The Division 2 Guide

This is really just the beginning of what the game has to offer. To really play at the highest level, you need to know what the best gear is, how to use it, and how to really master tricky aspects of the game like the Dark Zones.

To get all of that, you'll need more than an introduction like this, you'll need a full The Division 2 guide. In our guide, we'll break down exactly what you need to do not just to complete the story campaign but to expand your talents beyond to make a success of every aspect o the game.

If you ever wanted to know how you'd fair in the event an apocalyptic plague led to absolute anarchy in your nation's capital, then there really is no game better for you than The Division 2.

Even if your fears weren't that specific, the game offers such an incredible story and gameplay experience, you'll be missing out if you don't pick this one up and test yourself in a few Dark Zone encounters.

Ubisoft announced that The Division 2, is scheduled for worldwide release, on March 15, 2019, and it will be available on Xbox One, PC, and PlayStation 4.

For those gamers how can't wait for the release of the actual game, you are in luck! You can have the chance to access "The Division 2 PRIVATE BETA" between February 7-11. All you need to do is Pre-order the game to be able to play on Feb 7, just click this LINK!