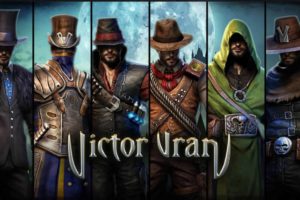 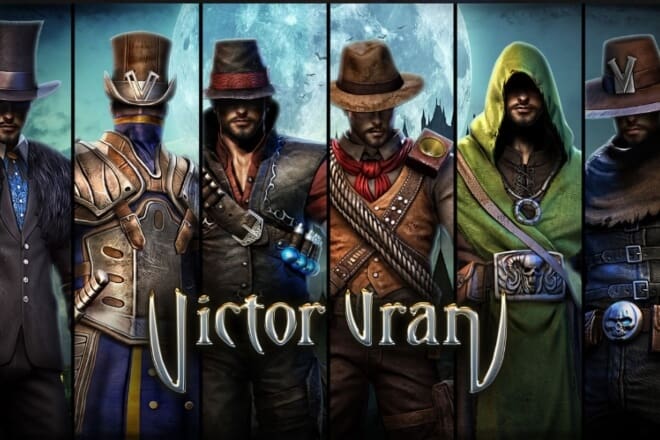 Looking for a new game to satisfy your spooky, fantasy ARPG craving? Victor Vran should fit the bill nicely. Featuring thrilling combat, outstanding character customization and evolution, and a stunning world that feels like a gothic fairy tale, this game is a must-play for fans of the RPG genre.

While the game was originally released on Steam in 2015, console gamers have been thrilled to find that in 2017 Victor Vran: Overkill Edition was also released as one of the more exciting Xbox One/PS4 games, and in 2018 it also became available as a Nintendo Switch port. Basically, whether you prefer modern gaming consoles or a PC setup, you can play this game.

Diving into this vast world is a treat, but it's no easy feat. This handy guide will help you to get the most out of your gaming experience. After all, even the most powerful heroes and villains had to start somewhere. Your journey begins now.

What is Victor Vran

How to Play Victor Vran: 5 Steps

What is Victor Vran:

Are you a fan of Diablo and Torchlight? If so, you're probably going to love Victor Vran. It's an isometric action-RPG developed by Haemimont Games, an independent studio from Bulgaria.

You play the role of Victor Vran, a demon hunter tasked with the mission of fighting off an infestation of demons in the fantasy city of Zagoravia.

RPG fiends are sure to appreciate the game's massive selection of weapons, items, outfits, demon powers and destiny cards, as well as the zealous combat action. Combining elements of both magic and science, the game is sure to appeal to gamers of all tastes.

Create your own unique version of Victor, and shape your own destiny in real-time as you go. You're not limited by any classes or skills trees.

Combine various weapons and skills with special moves to eliminate demons, skeletons, spiders, monsters, beasts, and plenty of other baddies as you traverse the vast, foreboding city of Zagoravia and its outskirts.

Scared to play alone? The game has you covered with a full co-op experience that lets you team up with your friends. You can even take advantage of the game's DLC content if you want to expand your adventure even further.

Oh, by the way, there are hundreds hours of gameplay awaiting you. While the main campaign takes around 25 hours to complete on average, the game offers plenty of replayability for those who can't get enough.

How to Play Victor Vran: 5 Steps

So now you have an idea of what the game has to offer. Are you ready to play?

Remember: like any good ARPG, the game requires some exploration and dedication. This guide will get you started, but don't be afraid to embrace the adventure as it comes. Once you start catching on and understanding the game's systems, playing Victor Vran becomes more and more intuitive.

The game is a very personal experience -- one gamer's journey is different from another's. Trust your instincts. You can always replay it again and make different decisions.

Naturally, the first step is acquiring the game itself. If you're playing on your Xbox One, PlayStation 4, or Nintendo Switch, you can simply go to your local game store and purchase a hard copy.

If you're playing on a computer, make sure your battle station has the following specs (or higher):

2. Customize Your Character with Outfits

You shape your preferred version of Victor Vran. The outfits you choose play a role in the character's performance, and it usually affects how Overdrive is dealt. It may also affect armor, outfit style, and some other minor attributes.

What's Overdrive? It's similar to mana in traditional RPGs. For example, every time you use a demon power, it costs 2,000 overdrive.

You normally gain Overdrive by dealing damage with weapon attacks and defeating enemies, although your outfits affect how Overdrive is dealt. You can also gain additional Overdrive with items such as potions and destiny cards.

Victor's default outfit is the Hunter outfit. Once you reach Castle Zagore -- known as the hub throughout the game -- you can choose from three outfits, Hunter, Cavalier, or Vigilante. As you progress, you gain access to new outfits.

Your outfit selection below affects your gameplay.

Cavalier: Grants Overdrive overtime, but you lose access to Overdrive through weapon attacks

Highlander: You can only gain Overdrive when using weapon skills

As you embark on your adventure, you'll gain access to new weapons. Each type of weapon has a basic attack, two related skills, a unique animation, a specific speed, and area and level requirements.

Additionally, each weapon has its own unique visible statistics, including damage, armor penetration, critical chance, critical extra damage, and either one or two special properties (depending on the weapon's rarity level).

These are your weapon choices and their corresponding attacks:

There are also additional weapons available -- Guitar and Revolver -- if you download the Motörhead DLC.

4. Use Items to Aid Your Quest

Victor Vran features a wide variety of items to help you along on your adventure. Be sure to look out for some of the following items:

5. Explore the City of Zagoravia

The mystical city of Zagoravia has a plague of demons, and it's up to you, Brave Victor, to deal with it.

You'll get your bearings in Castle Zavore (the hub), but then it's up to you to see all that the city's districts and its surroundings have to offer.

Each unique area presents dungeon challenges that must be completed. Upon the completion of each challenge, you'll be rewarded handsomely. You can use Hex items to alter the difficulty of each dungeon challenge.

Be sure to spend plenty of time in each area so you can access all of the mystery and secrets these fascinating places have to offer. After all, a good RPG is all about becoming fully immersed in your surroundings.

Castle Zagore, The Hunting Grounds, High Quarter and Cemetery Grounds are some of the main areas that you must visit.

The original Victor Vram was a critically acclaimed hit on Steam, so it's not surprising that the game eventually got its release on PlayStation 4, Xbox One, and Nintendo Switch, under the name Victor Vran: Overkill Edition.

Overkill Edition is the quintessential version of the game, as it comes fully loaded with both DLC additions: Fractured Worlds and Motörhead.

Fractured Worlds includes a new story, four dungeons that change daily, and quite a few other exciting changes.

Gamertelligence is the ultimate resource for today's gamers. Whether you're looking for a guide on the latest mobile craze or an in-depth walkthrough on your favorite RPG, you can always count on Gamertelligence for quality content.

Check out our other write-ups on some of the best games out today:

It would be impossible to truly express how deep, engaging, and massive the game is, and we've only scratched the surface here. In order to truly understand what's so fascinating about the vast city of Zagoravia and its wretched inhabitants, you have to play the game for yourself.

It is an absolute must-play if you loved Diablo III, but it brings plenty of its own freshness to the table too. The haunting, gothic art style really adds something special to the classic fantasy RPG trope, but even those who cut their teeth on traditional RPGs are sure to enjoy the familiar-yet-altered approach to the ARPG genre.

If you're tired of the usual Nintendo Switch/Xbox One/PlayStation 4 games, we highly recommend giving Victor Vran a shot (or a stab). With hundreds of hours of potential gameplay and endless customization potential, this could be the demonic world that finally captures your soul for good.