These games to play over text are all the SMS games you need.

Games are fun, which is why we have many posts about games, and they've got quite the impression on people. People play the games we talk about!

You don't need your smartphone games anymore once you get into these texting games. Let the games begin!

Best Games To Play Over Text

When you've got time on your hands, or you're just bored out of your mind, these games to play over text can turn your lame day around. Texting games are the new cool, so if you haven't tried any fun texting game yet, you're missing out.

This fun game is simple but a bit of a challenge for both players. The name of the game says it all you need to text in reverse, and your opponent has to text back what you've stated clearly. Whoever gives up first is the loser. 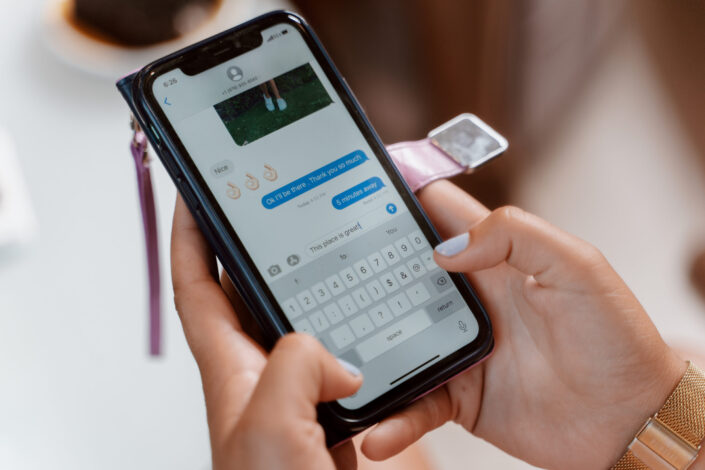 Trivia is a great game to play through a text message. Ask the player your trivia question and wait for them to answer. If they get it right, it's their turn to ask you a question. If they get it wrong, you get to keep asking them questions.

You could also take a score to see who gets more right. And, if you need some awesome ideas for trivia questions to ask, mantelligence.com has them all.

Sam: What city does SpongeBob live in?

Truth or dare can be played as a text game, surprisingly. All you need to do is ask the player a truth question that they'd instead not answer. If they answer it truthfully, no dare question needs to be involved, but if they don't want to answer the question, they have to do whatever you dare them to do.

It's a bit tricky to believe that they did the dare, so either have them record it on their camera and send the video or send a picture/screenshot. Check out this post on our site mantelligence.com for some pretty intense truth or dare questions to spice up your game with a boyfriend, a girlfriend, or any friend at all.

Farah: Truth or Dare: Do you have a crush on anyone?

Destiny: Truth: Yes, but I'm not saying who!

Destiny: Truth or Dare: How many people have you kissed?

Destiny: I dare you to prank call Zack and act like you're ordering a pizza with me on the other end to make sure you do it.

Emoji translation is super simple and so much fun. All you have to do is replace your words with emojis or an emoticon and the second player has to guess what you're saying. It's not too difficult to get a correct answer - there's an emoji for pretty much every word.

Yes, you can play hangman through text. You'll have to be willing to lose the "hangman," dude. Text your phrase, sentence, or random word in all underscores and give the second person several incorrect tries to guess the letters. The number of incorrect guesses should depend on how long your phrase is. Don't be unfair and give one wrong guess only. You can even put in some song lyrics there.

Beth: you only guessed it that quickly because you know you smell like cheese!

Would you rather is another classic game that's perfect for texting (and flirting!). It's not only a drinking game. All you need to do is get a bunch of unique would you rather questions, which you can find on our site here, and ask them to your fellow texter. Give them two options that are both equally bad... Or good, and they pick one over the other.

Benny: Would you rather someone see all the pictures on your phone or all your text messages?

Joon: I don't save any of my text messages, so read them all you'd like.

Word unscramble is a bit similar to backward text but more complex. One player texts a word or phrase with the terms completely scrambled, making it hard to read. You have to unscramble the words to figure the other's sentences. Maybe you can make this a story builder (but crazier)!

Ciara: try to figure out what I am saying

Travis: that was very hard to read - And yours was too easy to read

via: Pexels / Nothing Ahead

Who doesn't love riddles? Even a famous person loves them. Take turns sending riddles to whoever you're texting and give them several times to try to figure it out. Keep score on how many each of you gets correct to determine the winner.

Ameer: what tastes better than it smells?

Ameer: yes, but that's not the correct answer

Adam: How would you know what my tongue taste like??

Most likely to questions are always more enjoyable with a group of friends, so you have more people to guess who's more likely to do what. This great texting game (which can be a party game) is straightforward - someone asks who's most likely to do a particular thing, and everyone texts their vote for who they think is most likely to do that in this group chat.

The questions can be about anything, but for the best set of most likely to questions, head over to our site here on mantelligence.com. They've got a bunch to choose from.

Anna: Who's most likely to pick their nose in public?

Jeff: Savannah! What? Why?

Gloria: Never have I ever gone skinny dipping

Becky: I have never

Bia: I have never

Jasmin: I (almost) have

Downloadable and Printable List of Games To Play Over Text

Here is a downloadable and printable list of games to play over text (right-click the image and select Save Image As...):

If you're a little confused about how these SMS games work, don't worry, we've covered some of the most frequently asked questions to clear up any confusion you might have with text-based games.

How can you determine the winner for texting games?

Well, with some games, there's no winner. It's just all fun.

But, with other games, you can keep a score of how many you and your texting partner get right to determine the winner.

How long should texting games last?

Who said there needs to be a limit? As long as you and the other player are having fun, play as long as you'd like. Once it starts getting boring, move on to a different game, or end it altogether.

Are texting games for two people only?

Of course not. Why do you think there's group messaging? Get a group of friends together and get playing. Whether it's a puzzle, a word game, or a board game turned into a texting game. Any guy will enjoy it with friends!

How To Pick The Best Games To Play Over Text

Are you trying to figure out which games to play over text first? These games are all great, but which ones are best for you and your texting buddies or someone you'd like to flirt with? Don't stress. We'll help you determine which ones are the best to play with, whoever you're playing with.

Think about the person you're playing with. Sometimes texting games are the best flirty way for a relationship to take off. When you don't know someone too well, playing a game through text can help you bond with them in a fun and comfortable way. Make sure to stick with games that aren't too personal.

However, if you're playing with someone you've known for forever, then you can probably get away with playing those nosey, all-in-your-face games.

We all have those competitive people in our lives who can't stand to lose. Maybe you're one of them. For players like this, you'll need a real challenge to keep them interested in the game. Trivia games and backward text are some pretty challenging texting games. But make sure not to opt for a single word with backward text to make it complicated!

via: Pexels / Charlotte May

As much as you wish you could play these games any time of the day, life always gets in your way. (Rhyming was unintended.) If you're trying to get a fast game in before the doctor calls your name or before the teacher notices that you're texting, opt for some simple games that you can end quickly.

After you've tried out all these games to play over text, how about playing some other games in real life? Your phone battery won't last forever, you know?

Aren't these games to play over text great?! Make sure to try them all out before deciding on which are best, and play these texting games with many friends to have a great time.

And when you get tired of them, make up your own. There's plenty of SMS games for you and your friends to come up with. Just think about it. With all the smartphone games out there, you're bound to pick up some ideas for a game to play over text.

But, hopefully, all these games right here are enough to entertain you and your texting crew. Happy texting!