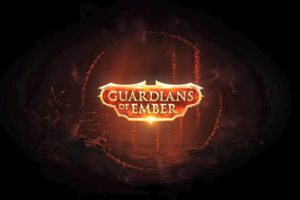 Guardians Of Ember - A quick guide to this hack 'n' slash MMORPG! 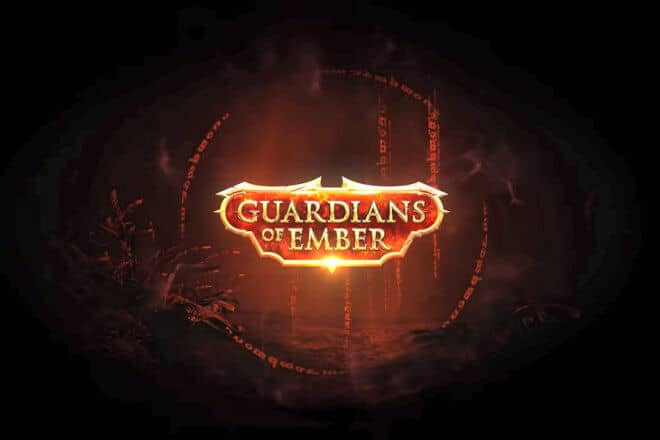 Anyone who likes a good hack 'n' slash knows not every game can hack it. Getting the battles, skills, items, and environment right leaves a lot of room for things to go wrong. Add to that an MMORPG world, and you're at risk of some real trouble. And yet, Guardians of Ember pulls it off marvelously.

With Guardians of Ember, you get incredible control over your character design and development. You have tons of gameplay options to keep the experience fresh. There's an expansive world to explore full of dungeons. Oh yeah, and plenty of loot and monsters along the way.

To get a feel for the game and get yourself started, we've got all the big details below. So, read on, and find out if you have what it takes to be a guardian.

What Is Guardians of Ember?

Guardians of Ember is an MMORPG that you can play for free at the Guardians of Ember site. The game takes place in the world of Olyndale, where dark armies of monsters have overrun the land, leading to a call for all guardians to arise and fight back.

The game allows players to choose the race, look, and class of their characters, with significant customization available.

Fighting involves a traditional hack 'n' slash model, with a bit of a twist, since you can also play as more indirect fighters, such as engineers that specialize in traps and fighting from a distance.

Gameplay allows you to choose between horde mode and numerous player versus player (PVP) options, including duels, 3v3, and 5v5. You can loot dungeons and craft your own weapons as well along the way.

How to Play Guardians of Ember

The beauty of a great hack 'n' slash game is that it doesn't try too hard to over complicate itself. You have a character, they have a sword, there's some monsters up ahead, go hack 'n' slash 'em.

Guardians of Ember does follow that basic premise, but that doesn't mean there isn't a bit of nuance behind it as well. Getting a better idea of the basics upfront can allow you to play more strategically and successfully from the first time you log in until the day you finally chase the dark hordes off the land.

To do that, all you need to do is to follow these 7 steps to get on the path to the ultimate guardian.

1. Set Up Your Character

You were going to do this any way (since you have to), but it's worth spending some time here before rushing onto the fighting fields of Olyndale. To begin with, Guardians of Ember offers far more character customization than most MMORPGs, so you ought to take advantage of it.

So, start by picking your race. Don't worry at this stage. The race has no affect on your skills and abilities. You can make your character a human, an elf, a dwarf, or a neia. Again, this is all just cosmetic preference at this point, so just go with what you think will be most fun.

From there, build out the look of your character. Again, this isn't going to affect your gameplay so just get the look you like, whatever it happens to be.

We mentioned that character setup didn't affect your abilities in the first step. Here, we need to flag that your class is definitely going to affect you.

Let's start with your class options. There are six of them in Guardians of Ember. Knights are the true hack 'n' slashers, big on weapons, light on magic. They are better with holy magic. Contrast that with the Dark Knight, who is also a big, tough melee lover, but with a preference for dark magic.

The other characters have more distance or support use. Arcanists are your mages, so the opposite of the Knights with lots of magic and not a lot of fight up close. Priests are your healers with some holy damage abilities to boot.

The last two classes are Engineers and Rangers. Engineers are trap specialists. They use guns and bombs in fights (but obviously aren't great at hand-to-hand). Rangers are your scouts. They come with tons of stamina and skill with the longbow. But again, if they're caught out in a melee, they aren't your best options.

Keep in mind, there are over 300 different skills in this game, so there's a lot to choose from in any path you might go down. Find out which skills you really want to play around with, and choose that class to start with.

A final word on this front: there are obviously upsides and downsides to all these classes. However, if you're just beginning in Guardians of Ember, it might be better to go with one of the Knights, since it can be difficult to master early combat fighting with the other classes.

3. Hack Away and Get Some Loot

Like any good MMORPG, Guardians of Ember offer tons of loot all over the place. Items will abound, including some really useful armor and weapons. You can also enchant and craft your items, giving you a lot of more customization and flexibility, even at the earliest stages of the game.

When you're looking to make a good start, getting an advantage in armor, weapons, and potions can make a big difference. So, don't get too over eager and pass over anything.

Keep in mind as well, the items menu can be a little confusing upfront, so take some time to get used to it and make sure you are using the optimal options available to your character at every stage.

Plenty of players realize after a while that they really should have put more thought into their class. They get into the game, and they really want to develop another aspect of their character. That goodie-two-shoes priest would be a lot more effective if he could do more physical damage. That slow and clunky Dark Knight could use more distance fighting skills.

In other games, you'd just have to make do with what you've got, but Guardians of Ember let you switch things up. With their focus on customization, it shouldn't be a surprise that at a certain point you can expand your characters traits beyond their class.

That point is at level 15. At that point, you can unlock a second class and train up your character for a whole new set of dynamic abilities. If you have this in mind from the start, you can plan your character to provide ideal skills for the game ahead.

There's no point in building an MMORPG that leaves you claustrophobic with all the people stuck in a limited set of locations. Guardians of Ember avoids that risk by giving you a lot of space to roam. There are tons of locations to visit, and over 60 dungeons to battle your way through.

Beyond just the number of dungeons, there's also the ability to set the difficulty before you enter. Each dungeon has three different levels of difficulty. So, you can go in early and get a feel for the place. Then, you can come back when you're a little tougher to give yourself a real challenge.

The difficulty also determines the loot you can get, so keep in mind the harder you try, the greater the reward.

Just wandering around Olyndale can be rewarding on its own. There is a ton of land to cover, with all kinds of monsters you can run into. But, in the end, that's not really enough to keep you entertained long-term.

No need to worry on that front, though, because Guardians of Ember provide plenty of ways to mix up your gaming experience. You already know about the dungeons. Beyond that, you'll be able to go on quests to pick up particularly choice items and face off against bosses.

There's also a way to switch from the horde fighting mode to 3v3 and 5v5 direct fights with other users. So, if you're looking for a more direct, strategic challenge, it's there for you for the taking.

At the same time, you can cool down by heading to your own home, where you can focus on crafting tools or even go fishing.

As you can see, there's a lot of variety in your gaming, depending on your mood on the day when you log in to play.

7. Use Our Guardians of Ember Guide

It should be pretty clear at this point that while Guardians of Ember is laid out with a lot of traditional, straightforward, hack 'n' slash games in mind, it also adds a lot of complexity behind the simple premise.

Getting the most from the game means understanding all of the elements deeply. You don't want to get caught out and find out that playing a Priest is just too tough to master early on. Or, you don't want to drag your party down in a 5v5 battle.

In other words, it's a big old world out there with Guardians of Ember, and if you want to take full advantage of every item, every skill, every dungeon, and every form of gameplay, you'll want to get beyond a cursory introduction. To really dig down deep into the game, you'll need a more comprehensive overview like you can find in our Guardians of Ember guide.

Our guide will walk you through all you really need to know to become an expert guardian, whether you're a Knight or a Ranger.

Hey, saving Olyndale with super customizable characters isn't for everyone. So, if you're looking for a new gaming challenge, why not find out more about these awesome games?

No game can accomplish everything. Even the best games in their genre will have shortcomings. What Guardians of Ember does right, though, is provide enough of an open world with enough customization that you can find the game you want to play within it.

You can linger in the dungeons and run off on quests. You can slash your way through monsters all across the land. You can go on a search for rare items or craft them yourself. Or, you can take on other players as part of a team.

Whatever MMORPG experience you are looking for, Guardians of Ember can offer it to you. While the story is a little thin, the ability to build up characters precisely to your liking more than makes up for that.

So, if you're looking for a big world to take on that's full of monsters just begging to be slashed through, it's time to log in and get your guardian on with Guardians of Ember.