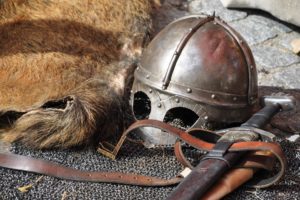 Fate - A foray to the world of dungeons and monsters! 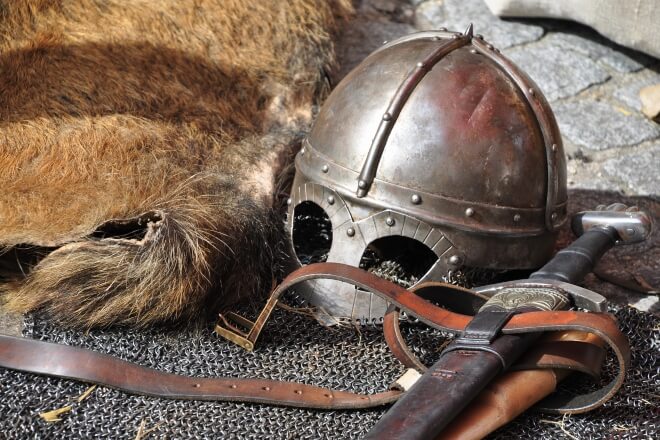 Fate is a must play, if you're tired of seeing too much daylight and being outdoors, perhaps you'd like to consider a nice long stay in a dungeon full of vicious monsters. Intrigued? Then it's time to boot up the computer and give it a try.

This simple single-player role playing game manages to remain fresh for play after play because it offers so many choices upfront and so many randomized elements. Once you get started, you really won't want to quit.

To help you get into the game, we've put together all the basics you need to know here. We'll cover what it's about, how to play it, and even a bit about Fate cheats. Get ready to get into the dungeon and love every minute of it. Let's talk Fate.

It's a role playing game designed for single player dungeon battles for PC. The charm of the game comes from two elements: extreme character customization and randomized dungeons and monsters.

In the first case, the game eschews the typical character casts and allows you to design your character and pursue any set of strengths you prefer. You pick the look and the sex of the character, and then you build up the character strengths you're interested in.

At the same time, every time you play a new game, you'll get new dungeons and new baddies. That's because the dungeons are randomized level after level (with more than two billion randomized options).

Both qualities maximize replay value. The game otherwise has a traditional RPG feel with magic, swords, and quests galore. Although, you do get to take a dog or cat with you (which is actually really helpful... more on that in a bit), which is pretty rare in the RPG world.

The success of the original game has led to several sequels, including Fate: Undiscovered Realm, Fate: The Traitor Soul, and Fate: The Cursed King.

How to Play Fate: 7 Steps

Fate is full of unique game play every time to play it, but the overall game is not complex at all. If you've ever played an RPG with a dungeon aspect, you'll pick up on the basics really quickly.

However, whether you're a newbie to swords and monsters games or an old hand, you'll get the hang of it if you just follow these 7 steps.

As we've just mentioned above, this is a game for the serious gamer and those who haven't even heard the name Mario mentioned outside a pizzeria.

One of the ways the game makes itself so inviting to all-comers is by allowing you to set the difficulty upfront. The only tricky thing is, Fate doesn't just spell out the difficulty levels for you. They give each one clever names.

To cut through the confusion, just keep these basics in mind. To begin with, there are four different difficulty levels. You'll see these as soon as you decide to start a new game. The four levels are Page, Adventurer, Hero, and Legend.

While every one of those except the Page seem like they should be on the same level, that's actually an ascending list of difficulties. Page is for beginners, Adventurer is normal, Hero is difficult, and Legend is expert.

Choose your level carefully so you don't end up getting bored with how easy it is or getting overwhelmed by the difficulty.

This element is crucial in some ways and completely inconsequential in others. Understanding why it matters and why it doesn't can make your game play more enjoyable.

Let's start with how it doesn't matter. Whatever character you design—man or woman, bearded or clean-shaven, young or old—it will have no bearing on how that character performs in the game. They aren't stronger or weaker, or more skilled with magic.

So, why does it matter at all? Because it's your personal stamp on the game. Play as anyone you like, but find someone you like playing as. That's all part of the fun.

Hey, there are pets, too! And they're cute! You get to choose between having a dog companion and a cat companion. So, go with your personal preference, because once again, it doesn't matter which you choose in terms of skills.

However, that doesn't mean your furry companion is useless. They can aid in your attack, pick up items, and crucially, they can run out of the dungeon, sell your junk, and bring back your money. Aren't pets great?

At this point, I know you're eager to rush off into the dungeon and start taking on the monsters within, but it'll do you some good to take a little time to enjoy the pleasant scenery and amicable people around Grove, the town outside the dungeon.

There are several reasons to do this. To begin with, getting to know your way around upfront can save time later. You'll know who is selling what and what the prices look like so that you can easily reach them and get what you need once you've got more items and loot.

At the same time, you can find some quests and useful info even at the outset just by being friendly and having a few chats.

5. Get a Feel For the Character You Want to Be

At this point, feel free to enter the dungeon. But, as you do so, you'll want to keep a few things in mind.

First, let's talk about character. We've already mentioned that Fate doesn't have set classes for characters and you can grow your character into the general class you want.

As you level up, you'll be able to increase different attributes and skills. How you decide to handle this will determine the rough "type" of character you'll become.

You can go for the traditional warrior type with focusing on strength and skills handling close up weapons, or you can build yourself into different kinds of mages.

Because there are no limits on your choice here, there's no limit to how you develop your character. Make your own path and have fun, but try to do so strategically to avoid struggling in the later dungeon levels.

6. Gather Some Goodies in the Dungeon

This is why you're really here, right? You'll looking to find some sweet items and make some coin. Why else enter the depths of the earth to face ungodly monsters?

Well, Fate won't disappoint here. Now that you're finally getting into the dungeon, make a point of collecting as many goodies as you can upfront. You'll probably find some new weapon options early and make some quick coin.

Gather all you can so you can switch out items and sell what you don't need for potions and other items in town.

7. Use Our Fate Guide

At this point, you should be well on your way to fighting your way to your big boss deeper in the dungeon, but that doesn't mean there aren't more challenges ahead.

As we said above, Fate is a fairly easy game to understand upfront, but that doesn't mean it's an easy game to beat.

If you're still struggling a bit, or if you just want to see just how awesome you can make your character (and your dog or cat), you should check out our Fate guide, which includes a lot more detail on just what you can do in this game.

There are Fate cheats to give you an early boost or that bit of help past a difficult baddy. There are also strategies you can employ early to make life easier for yourself down the line.

Whether you want tips, cheats, or a more thorough overview, we recommend you give the Fate guide a look through.

Pro tip: Know Who the Fate's Best Heroes Are

While the game offers supreme customization from the outset, that doesn't mean there aren't certain strategies you can employ when building up your character. The Fate best heroes list can help you decide how to guide your character forward, ensuring you've got the right hero for the tasks ahead.

While there's nothing wrong with going it on your own or experimenting as you go (after all, death is only a temporary setback in this game), knowing your hero options can really help you make your way through with not just success but a lot of fun as well.

Not everyone was destined to dwell amongst the dungeon creatures for jump from quest to quest. If you're looking for a different gaming experience, try one of these games:

Whether you want to indulge in some game cheats or just try your luck and skill in the dark, this is a great game to play once or over and over again.

There's a reason why it has been a fan favorite for years, and a reason it has led to so many sequels. If you want a great RPG that remains fresh every time you play, you can't do better than Fate.