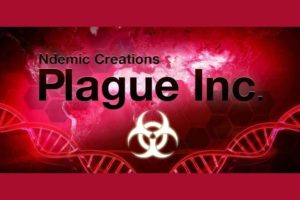 Plague Inc. - World domination one infection at a time! 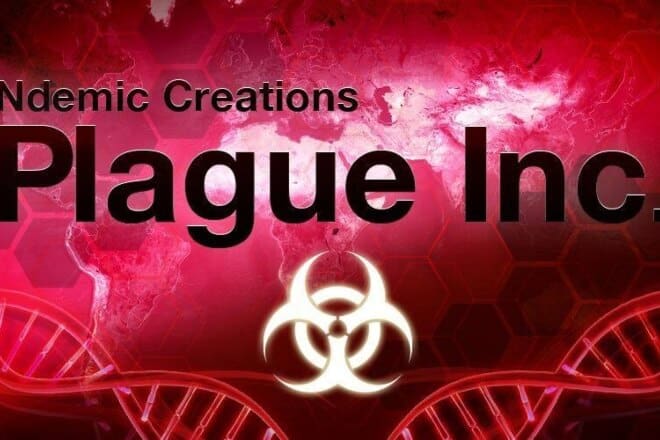 It can get a little repetitive always trying to fight the zombies off and save the world. So, hey, why not take a break from being the good guy and help the diseases win for once? If that sounds like your sort of game, well, you're in luck because that's exactly what you get with Plague Inc.

Unlike almost all other games out there, here, you're working against humanity. With this game, you get to take the side of the germs and watch as the world slowly crumbles around you.

After all your experience proving the resiliency of humanity, that may sound like a bit of an intimidating task, but don't worry, we've got plenty of Plague Inc. tips to make sure humanity doesn't stand a chance.

What is Plague Inc.?

Plague Inc. is a single player real-time strategy game for your phone that was first released in 2012. It is now available on iOS, Android, and Windows Phones.

In the game, you develop your own disease from a number of different options (you unlock more pathogen choices as you annihilate humanity successfully over and over again) to evolve and spread the infection until you seal humanity's ultimate fate.

Your choices can include everything from bacteria, to viruses, biological weapons, and even diseases that enslave all humanity or turn them into zombies (you know they couldn't let this game out without offering a zombie option).

This game is certainly dark, and not just dark, it's also pretty realistic. In fact, the game simulates the spread of disease so accurately, the creator was invited to speak to the Centers for Disease Control and Prevention.

After you play the game, you'll realize how creepy that fact is.

How to Play Plague Inc.: 5 Steps

Here's the best news: for being a pretty high-end concept game, it is actually pretty simple to play. This game manages to cram a lot of fun, a lot of challenge, and a lot of replay value into a fairly easy to master playing system.

In fact, by just following these 5 steps, you'll be able to get a handle on what you're doing as you create the superbug that will destroy us all. Yay?

It's just the start, but this is one of the most fun parts of the game, even if your options are a little limited at first.

On your first go, the game limits you to a single pathogen option: bacteria. Even though you're restricted here, though, you still have a lot of freedom as you develop your superbug. You can decide, for instance, to insert different genes at the outset. You can also choose where the outbreak begins.

And, of course, you can choose just how difficult you want to make the destruction of humanity for yourself by choosing the game's difficulty at the outset.

After you've overcome the odds and destroyed humanity in Normal and Brutal mode, you'll get more pathogen options, like virus, fungus, parasite, nano-virus, and fun specialty diseases like the Simian flu from Planet of the Apes, a Shadow Plague related to vampires, and of course, the Necroa Virus, key to the zombie apocalypse.

The basic premise of this game is clear from the outset: destroy humanity through your pathogen. However, the game doesn't make it that easy on you. There is obviously a little more complicated than that.

To beat humanity, you'll need to adapt your disease as you go. That includes evolving your disease, but it also means stomping down on humanity's efforts to undermine how effective your pathogen is through research and emergency measures.

You'll need to stay on top of all of this as the game goes on to make sure humanity has no chance.

3. Get Those DNA Points and Spend Them Wisely

DNA points are the key to your ability to keep humanity on the back foot. You'll gain these points in three different ways. First and foremost, you get them from infecting more and more people. You also get them every time your pathogen successfully spreads to a new country. Finally, you get even more points when you manage to kill off any efforts to create a cure.

In essence, the better your pathogen is at spreading misery to the species, the more you can collect those sweet DNA points!

Once you have your DNA points, you'll need to spend them wisely. This is where much of the strategy of the came comes in. Those points can be used in three key ways: transmission, symptoms, and abilities.

You'll also want to evolve your symptoms. Doing so will make your disease more lethal as it spreads. It doesn't do much good to reach the whole globe and to do no more than give everyone the sniffles. Making your symptoms potent ensures once people get your pathogen, they are down for the count.

Finally, there's a more nebulous category called abilities. Here, you beef up your pet pathogen by improving its ability to spread in different climates or to exterminate the efforts to snuff it out through cures.

To summarize, then, the more effective your disease is, the more the game rewards you with DNA points, which you can use to make the disease even more effective. Mastering the strategy on this is the key to creating a much emptier planet and winning the game.

4. Watch the News and Keep an Eye on Countries

Hey, we know, you're playing games so you don't have to pay attention to the news. But to make a real success of your disease's efforts to be the biggest (and last) plague humanity ever faces, you'll want to keep an eye on the headlines that you see.

The news will tell you how successful your disease is in different parts of the globe. It will also tell you where efforts are being made to stop your disease. Those may include anything from isolating the country in an effort to keep your disease out to researching cures and attempting to implement them.

You can also learn a lot about this by clicking on different countries on the map. By clicking on an individual country, you'll get a running list of how many people are infected, how many have died, how much research is being done, and what efforts are being made to fight back.

Knowing where the threat is greatest against your pathogen threat will allow you to focus your efforts on exterminating those pesky humans who are most fiercely working to deny your attempt to eradicate the human species.

It's a bit of an unfair advantage your disease has here over the scattered and uncoordinated societies you're ravaging, so be sure to take full advantage.

5. Use Our Plague Inc. Guide

While it may only take five steps to play the game effectively, these are still some fairly complicated steps. And these are really just basic pointers.

There's a lot more to the game. Of course there is. After all, a game doesn't get to be as big and popular as this one if it's a walk through the park to win it.

If you're hitting a wall in your gameplay, and you just can't get people to submit to the vicious end you have in mind for them, check out our Plague Inc. guide, where we've got all the info you need in far more detail so that you can overcome everything humanity can throw at you in their doomed efforts to spare themselves.

Pro tip: Know What the Different Levels Are in Plague Inc.

Just as valuable as the guide is our Plague Inc. walkthrough, where we show you everything that's ahead in the game. The more you know about the challenges up ahead, the more you can prepare to meet those challenges beforehand.

Our walkthrough will take you step by step through the game, so there are no surprises that can end your previously successful germ's trip toward global dominance.

Not enough of a nihilist to try to destroy all that humanity has built over the last few millennia? There's plenty of other awesome games out there, and we've covered all of them.

If you're still hunting for the right game, try these:

If this game does one thing perfectly right, it gives you an appreciation for how menacing those little germs around us can be.

For once, though, you don't have to try to save humanity against the insurmountable odds of the zombie apocalypse or some unexpected invasion. Instead, you get to indulge your destructive, cynical side and show humanity it should have taken its flu shots more seriously.

With the Plague Inc. tips we've set out here and in our walkthrough and guide, you'll be able to beat back society's desperate efforts to stifle the power of your bug. Using what you've learn here and putting a little clever initiative into the game, and humanity just won't stand a chance.

So, good luck, but one simple request from your friends at Mantelligence: once you master the game, give us a bit of warning, so we can rush off to our bunkers first, please.