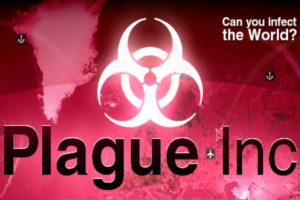 Plague Inc Prion - A guide on how to beat this level! 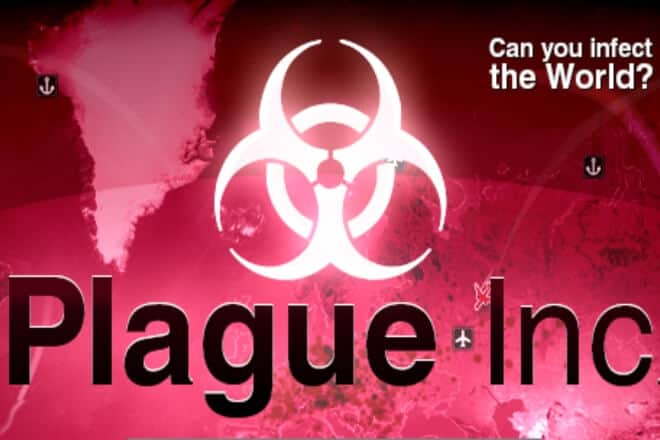 When all you can dream of in your stressed out life is a bit of peace and quiet, there's one game that really delivers on the most extreme side of your fantasy: Plague Inc Prion.

Go ahead and annihilate the whole of the human species to get a bit of time to yourself. And while you're at it, why not do so with the Plague, Inc. prion, a wonderful little pathogen that burrows into brains and takes its time decimating its victims?

If that sounds like fun, then you're in luck, because we've got all the details on how to take your Plague, Inc. prion creation and coax it into world domination, no matter what humanity does to try to stop you.

What is plague inc prion?

Plague, Inc. is the invention of the Ndemic Creations video game company. The game focuses on the darkest of all human fantasies: destroying everyone around you.

In the game, you can choose from a large number of "plagues", starting with extremely real and potentially (really) genocidal bacteria and working your way up to fun fantastical pathogens like those that create vampires and zombies.

Among those real plague organisms, you'll find the prion, a misfolded protein that can lead to death in humans and other animals. In the game, your prion is super eager to work its way into the brains of its human victims and murder us all.

Your goal is to allow your Plague, Inc. prion to spread across the globe to everyone and then to allow it to do its worst.

How To Beat The Plague Inc Prion

Humanity isn't known to just role over and let diseases do their worst. Just like in real life, every society will do its best to kill off your prion before you infect everyone.

That leads to the highest stakes battle imaginable, and to make sure your plague comes out on top, you'll need to follow these steps.

When you first get Plague, Inc., you won't be able automatically choose the prion pathogen. Instead, the game will require you to do one of two things: either buy your pathogen or beat the game a number of times until you unlock it.

If you're feeling stingy, prion can be unlocked by first beating the game with a bacteria, virus, fungus, and a parasite. You have to beat the game on normal or higher difficulty each time. That's a lot of time, but a lot of time commitment, so make your choice to buy or play upfront.

2. Get Ready for a Slow Game

Before you do anything after choosing prion, you need to take a breath, stretch, and prepare to settle in for a long game. Some Plague, Inc. plagues are sprints (like the nano virus), others are marathons. The Plague, Inc. prion is definitely the latter.

Prions take longer to evolve, spread, and quench their murderous thirst, but they also go unnoticed by humanity for a lot longer. So, the game will take a while, compared to some other plagues. Expect that and don't rush through your strategy. There's plenty of time.

3. Build Those Genes and Keep Out of Sight

Technically, prions don't have DNA in real life, but the game kind of ignores this so you that you can design your prion upfront, giving you the advantages you need to nullified the slow pace your prion likes to move.

So, be sure to get Aquacyte, which allows you to more easily reach island nations (including that pesky Greenland) and get Genetic Mimic, which makes it harder for humanity to find a cure. Since you are a slow moving plague, you'll want to buy yourself this time.

Once you start the game, be sure to devolve any and all symptoms when they pop up. Since prion can avoid detection for quite a while, make life easier by keeping your pathogen as symptom free as possible for as long as possible.

Choosing the home residence of your plague is always fun, and there's plenty of reason to choose lots of countries (sometimes just to add a new challenge), but if you want the closest thing to a surefire good start, pick India.

India has a lot of people, to put it mildly. You'll have about a seventh of the whole world's population within that single nation. It's hot, it's crowded, it's medical system isn't the best, and it's got a lot of big, relatively poor countries for neighbors. It also has a lot of ports.

By choosing India, then, you've got all the biggest advantages the Plague, Inc. prion needs to start spreading as quickly as it can without getting detected early.

5. Build Up Your Spreading Abilities

When you've got a bag of DNA points, it can be a challenge to decide how to use them. There are so many fancy abilities on offer, you can make the wrong choice and put your plans at risk.

So, play the game smart and be very discerning in your ability evolution. With your prion, you want to focus first on transmission. Evolve Air and Water early. You'll also want to evolve Heat and Cold Resistance early on so that you can get across the world more effectively.

These abilities are relatively cheap, meaning you can get them early and start spreading more quickly.

Now that you're spreading, you should hopefully still be undetected at this point. Still, you want to play a little defense to be safe. Evolve Drug Resistance before you get Air 2 and Water 2. Then, hit those transmission options again.

At this point, you're in for a bit of a long wait. If you've successfully kept your symptoms at bay and kept your prion unnoticed, you just have to let it do its thing. It's a slow process crawling across the world, but you've given your prion a pathway to success. So, just wait, and let it do it's thing.

Once everyone is infected, you can finally let your prion have its fun. Take all those DNA points you've saved while you waited around and put them into symptoms. Build from the low level Coughing and Sneezing symptoms all the way up to Total Organ Failure.

At this point, you should have plenty of room for your prion to slowly evolve without humanity finding a cure, but if you notice humanity getting closer, lay off the symptoms temporarily and get Genetic Hardening and Genetic Reshuffle. Then, you can return to your destructive goals.

Seeing it laid out in a few steps, it can seem like Plague, Inc. prion is super easy to beat, but there's plenty of ways things can go wrong.

Sometimes, to get back on track, all you need are some Plague, Inc. tips that help you counter humanity's sudden interest in your pathogen or a little setback like struggling to spread in a cold climate.

Just use our tips to right the ship, so you can get back to coasting towards that quiet, human less world you've been dreaming of.

The Plague, Inc. prion can be slow and require a lot of careful strategy. That can get a bit boring, or a little difficult, depending on how the game goes.

If you're struggling or just want to move the game along, it's time to open up those Plague, Inc. cheats and get that extra boost your prion needs to burrow in to brains like a real champ. With a few cheats on hand, you can speed up humanity's eminent end, so you can still make that dinner date you've got planned.

And won't dinner taste so much better knowing you've already doomed all of us to the brain eating apocalypse?

If the Plague, Inc. prion seems too slow for your maniacal needs, there are plenty of other ways to destroy humanity in this game. If you're looking for a guide to your preferred pathogen, just check these out:

At this point, you've got all the tools you need to take your Plague, Inc. prion and take over the world, one victim at a time. That's not to say you won't see a few tough moments along the way. Plague, Inc. remains so popular because it's a challenge every time you start with a new pathogen.

But you should still have the strategy right, so just stick with it, and soon enough, your prion will crawl into it's last brain. Then you can watch the world fall apart. That'll show your neighbors for being so loud in the middle of the night!

So, enjoy indulging your genocidal impulses by condemning us all to awful deaths. At least you'll sleep more soundly.