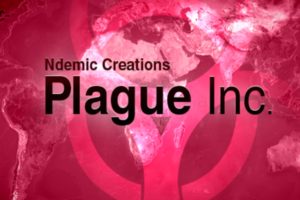 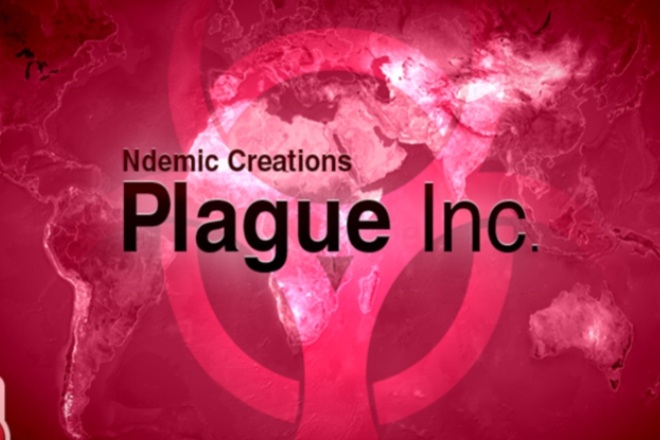 Once you've conquered the world with your lethal bacteria in Plague, Inc., you may think it's time to move on to other means of mass destruction of the human race through Plague Inc Fungus. The game, though, is too smart for that.

To keep you coming back for your genocidal kick, the game offers you plenty of other pathogen options, and among the most fun options is the Plague, Inc. fungus.

Fungus is unique among the pathogens available in this game because it requires more than just a good strategy, it requires a lot of time and careful deployment of that strategy. To make sure you know what you're getting into with Plague, Inc. fungus, use all the info we've collected below.

With that info in hand, humanity surely doesn't stand a chance.

What is Plague Inc. Fungus?

Developed by Ndemic Creations, Plague, Inc. is one of the most popular and addicting games for your phone. Available on Android, iPhone, and Windows phone, Plague, Inc. allows you to take on the role of a pathogen with the sole goal of eliminating the whole human race.

While you initially have to beat humanity with your own specially designed bacterium, that victory will start opening up more pathogen options, one of which is fungus.

With Plague, Inc. fungus, you are tasked with developing a spore that can slowly, methodically, spread across the whole world and lead to our untimely demise. Using the special abilities and countering the unique limitations, you can watch your fungus grow and spread until humanity is overwhelmed.

Then it's game over for humanity and game won for your little mushroom creation.

How To Beat The Plague Inc Fungus

We've already alluded to this above, but it's worth pointing out right here: Plague, Inc. fungus is all about the long game. This pathogen has the slowest path to victory. That means you've got to start out right, take your take, and make sure you follow all of these steps carefully.

If you do that, you'll be on the path to creating a much quieter world where you and your fungus can hang out on the shady side of trees in peace.

You can't just start overwhelming humanity with your mushroom spores as soon as you download Plague, Inc. Instead, you've got to earn the right to get down and get fungus.

Before you can do anything, you'll have to unlock Plague Inc. fungus so you can play with that pathogen. This can be done in two ways. The easiest and most direct is to just buy it when you get the game.

The longer (and more fun) way to get fungus is to unlock it by beating the game twice: first as a bacterium and second as a virus. Do that on normal mode, and you'll find fungus as an option in your menu next time you want to play.

2. Start in a Metropolis-Heavy Country

Now that you can create your fungus, be sure to place it in an urban environment and in a country with a lot of cities.

The number of countries with lots of people and lots of cities is limited. Perhaps the easiest ones to choose from are India and China.

This is, of course, not the only way to start the game, but the more dispersed people are at the start, the longer the wait before you get your fungus really infecting the population.

Again, your funky fungus likes to take things real slow. That means you need to make transmission your top priority. Begin by evolving Air and Bird transmission, since that will make your spores far more effective and expand their reach significantly.

In your city environment, this should help you get a good toe hold on infecting the population. When the opportunity arises, be sure to start evolving Water as well.

It can be tempting to focus on more interesting fungus features early on, like symptoms, and while you do need to be attentive here (more on that in Step 5), transmission really has to be the key to your strategy. Otherwise, a long game will quickly become an impossible game.

4. Use Your Fungus Abilities

Fungus may be slow to spread, but it comes with some really great special abilities that all its pathogen brethren lack. These include Spore Burst, Spore Eruption, and Spore Hardening.

Spore Burst allows you to infect a random country that hasn't yet been infected. Spore Eruption infects multiple countries all at once. Spore Hardening allows the spores to survive indefinitely in the air and then start continuously releasing and infecting countries.

Just by their descriptions, you can probably tell that these abilities are going to be incredibly useful as you march slowly but surely toward the end of the human race.

Start by evolving Spore Burst as soon as you can, and look for an opportunity to develop the other two abilities later in the game.

5. Show Some Patience...and Some Strategy

via: Unsplash / Sean Do

Even with all these great abilities and tons of transmission options, Plague, Inc. fungus is still going to take its time. While you're watching your spores slowly creep across the globe, make sure you play very strategically.

You can do this by watching your symptoms. You want to avoid any symptom mutation until everyone is already infected. This can't be stressed enough. If you allow symptoms to get out of control, you are likely to see your fungus struggle to really take off.

You will also want to evolve heat and cold resistance over time. That way, you can spread more effectively to all climates. If you choose to start in a colder climate like Russia, you should take care of this far earlier, obviously.

6. Time to Destroy the World

Only once everyone is infected do you want to devolve your transmission options and concentrate on escalating mutations and more severe symptoms until everyone is doomed.

Work your way up to Total Organ Failure. This can follow several routes, but the key is to devolve everything else so that you have the DNA points to reach that level. Devolve cold and heat resistance if you need more points here.

At this point, the whole world should be doomed, and you can sit back and congratulation yourself. You brilliant manic, you.

Even with a well-thought strategy and the time needed to implement it, Plague Inc fungus isn't an easy game to win. Sometimes, that is because of some of the very specific fungus issues you're having. More often than not, though, it's all about how you're playing the basic game.

There are moments in every mass murdering pathogen's life when you just can't figure out how to move forward. Humanity is a resilient opponent, and sometimes, it can seem like a fungus just can't catch a break.

In such moments, there's no need to despair. You've got an extra trick up your sleeve: Plague, Inc. cheats. These cheats provide you with a little extra help when you really need it, so you can overwhelm that conniving, clever population and ensure their ultimate destruction.

When Plague, Inc. proves too tough or takes too long, pull these cheats out to head straight for the endgame.

As we've already mentioned, Plague, Inc. is so successful because of it's wide variety of pathogens, each with its own unique path to victory over our species. Once you've beaten Plague, Inc. fungus, try a few of these out for a new challenge:

While Plague Inc fungus isn't exactly a guns-blazing adventure towards the end of civilization, it offers a constant set of fun challenges as you and your spore make the magic journey towards doomsday.

For a game about the end of all human life, Plague, Inc. somehow manages to keep things pretty enjoyable while you find ways to undermine every effort that might save some of us.

With fungus, that can be trickier than with other pathogens, precisely because it takes longer to get going and get spreading than other options. However, with the steps above, you'll be able to prove that the pathogen that is slow and steady can still win the race.

It's a pretty inspirational message to take from a game about the end of times.