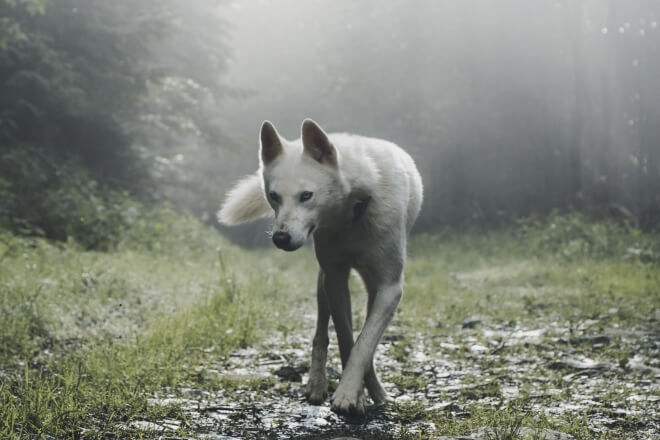 This RPG brings together everything people still love from the PS2 days. It's got the (now) dated 3-D character renderings, the crazy abilities, and the major focus on a creative gameplay experience over some of the flashy elements that come first these days.

For those who really want an old-school RPG with a story and play experience that still holds up, it's time to dust off the PS2 and get a copy of this game.

What is Shadow Hearts?

Shadow Hearts is a 2001 turn-based RPG that was released on PlayStation 2. Along with the standard set of physical attacks, magical attacks, and items that are found in similar games, the gameplay really stands out because of the Judgment Ring: a spinning occult image that allows for multiple attacks, but only if you hit the right point on the ring.

The game is set in an alternative history 1913, and you play as Yuri Hyuga, a kind of mage (called a Harmonixer here) who can take the souls of monsters and use those to transform into them.

That nifty power comes in handy when Hyuga runs into exorcist Alice Elliot, whom he protects against the evil immortal Roger Bacon (or so he calls himself). Along the way, as Elliot and Hyuga attempt to defeat Bacon, they run up against a large cast of characters both good and evil, creating a layered world.

The plot runs concurrently with the events leading up to beginning of World War I.

How to Play Shadow Hearts: 4 Steps

Great, you're psyched to jump back to 1913 and fight some immortal sorcerers in a Lovecraftian world full of monsters. The only problem is, you don't know how to play. And since the soul of Alice Elliot is on the line, you're going to have to figure that out pretty quickly.

Not to worry, though, we've got the hard parts worked out for you here. Just follow these five steps, and you'll be on your way to tracking down the false Roger Bacon in no time.

1. Get Out That Old PlayStation 2

This can actually the hardest part of the game: finding your old PS2. The game was only ever released on one system. So, if you want to play it as it was originally intended, you'll need to get the ancient device out of storage.

Once you've got a working PS2 set up, just slide those discs in and get ready to play.

Shadow Hearts includes plenty of character moments and side quests that flesh out the story as well as the gameplay. Be sure to take in as much of this as possible. After all, there's no reason to rush through the game, the whole fun is in getting all you can from it.

3. Get a Handle On the Overall GamePlay

Shadow Hearts made a splash with gamers not just because the story is cool and has lots of fun occult details with little bits of history interwoven, it caught people's attention because of the gameplay.

On the basic level, it is pretty standard fair for a PS2 turn-based RPG-style game. Battles are mostly random encounters (plus story-based boss bottles). Those random encounters will transport you to an arena where three of your characters will do battle with the baddies.

You'll be able to choose between: physical attacks; magical attacks that are different for each character; using items for healing, curing ailments, or other uses; defending against attacks; or fleeing the battle. Again, all fairly standard stuff.

Each character will have health points, skill points (that fuel your magic use), and sanity points. Those sanity points are crucial because if a character runs out of them, they enter berserk mode and you lose control of them. That's really not ideal when you're trying to plot a successful strategy against the forces of evil.

If that all sounds pretty standard so far, you're right. Where Shadow Hearts really stands out is in two areas: Yuri's fusion abilities and the Judgment Ring (which we'll discuss in Step 4).

As we've already mentioned, Yuri can transform into different monsters. Those monster options expand as you defeat monsters in the Graveyard setting (which is within Yuri's soul). Using the Fusion option will allow Yuri to not just take the abilities of the monsters, but to also take on their stats. It's pretty nifty, but be warned, there's a sanity point cost, so it's not really a good option when Yuri's already feeling a bit berserk.

4. Spend Some Time with the Judgment Ring

This is really the feature that made the game stand out compared to other games at the time. Once you choose an attack, you will go to the Judgment Ring. This ring will have multiple markings on it and a dial will spin around.

The same goes for your special magical abilities, except the color is green instead of yellow.

There is also a Strike Area, which is a thin sliver at the end of the yellow area. If you hit that, your attack will be more powerful. Of course, there's also a good chance you'll miss the attack entirely, so be careful on that one.

Finally, there's what's called a Modulate Area, which is blue. This will influence how strong your magical abilities are. Like the Strike Area, the close you get to the edge, the better.

The game also offers you a choice of different Judgment Rings. These rings can be more difficult to use and increase the risk of failing to attack at all, but they also make it possible to pull off stronger attacks. Switch to another ring only after you really feel you've got the hang of it. Otherwise, it could be a bad day for Yuri.

5. Use Our Shadow Hearts Guide

Like most turn-based RPGs, getting the basics of the game isn't that hard. What's hard is getting your strategy right for the big boss fights ahead. You'll want to know what is coming up so you can prepare. The game isn't going to tell you outright that you need this or that character or this or that item.

For that, you'll need our Shadow Hearts guide. Our guide will give you an extended understanding of the game dynamics and what to expect. This can be particularly important because the actual ending of the game is dependent on certain side quest choices you make earlier.

The game can either be fairly uplifting or outright upsetting depending on your ending, so pay attention to the guide.

Pro tip: Know the List of Games in the Series

Here's one of the greatest things about Shadow Hearts: there isn't just one game. In fact, there's a whole series, stretching back to an original game, Koudelka, where the world was created, and through to two direct game sequels, which are Shadow Hearts: Covenant and Shadow Hearts: From the New World.

If you're really digging this game, then you'll want to learn all about the other games to find out if the sequels and prequels are right for you. If you're loving the world, the lore, and the gameplay, we think you're going to be very happy with what you discover.

Is an alternate-history, magical RPG full of awesome characters and baddies not your thing? Weird. But that's no reason to give up searching for a game you will enjoy more. Try a few of these out instead:

Shadow Hearts has dropped off the radar for a while now because the creators stopped producing new sequels. For some, it's just another game from the past that most have forgotten.

But, if we forgive it its age, it is still a great RPG well worth a play even today, even with all the other options out there. The story is fun, the powers are cool, the gameplay is great. It's just an entertaining game all around.