12 Best Birthday Party Games For Kids - Lots Of Fun For Everyone!

If you thought that a cake and some presents would cut it, think again: you simply can’t have a birthday without birthday party games for kids!

However, if it’s been a while since you had your last underage birthday, your knowledge of birthday games for kids might need some brushing up.

Luckily for you, this list of the best birthday party games for kids is the only refresher you’ll ever need.

Let’s kick things off with our absolute favorite birthday party games for kids!

Hide the “treasure.” Write the first clue on a piece of paper and put it at the starting point. Then, write all other clues and hide them. The first clue leads to the second, the second to the third, and so on. The kids have to follow the clues until they find the treasure.

Divide the kids into two teams. All players get a spoon, and each team gets an egg (plastic or hardboiled). Each participant has to carry their team’s egg using a spoon from the starting line to a dedicated turnaround point and then back again. They then pass the egg off to the next teammate. If they drop the egg, they must stop and put it back on the spoon before resuming the race. The first team to complete the relay wins.

3. Pin The Tail On The Donkey

Tack a picture of a donkey without a tail to a wall. Blindfold the kids one at a time. Spin them around to disorient them and hand them a paper tail with a thumbtack or a push pin attached to it. The player who pins the tail the closest to where it should be, wins.

3 Birthday Party Games For Kids That Can Be For Adults

There are plenty of birthday party games for kids that adults can enjoy, too!

Divide the players into two teams. Each player acts out a phrase (such as a movie, book, or song title) provided by the rival team — no speaking, pointing at objects, or lip movements. Their team must guess the charade before the allotted time runs out. The team with the most guesses wins.

Divide the players into pairs. Each pair sits back-to-back. One partner receives a pen and a piece of paper, and the other gets a bunch of random objects. The player with the objects has to describe them without naming them or saying what they’re used for. The other partner has to draw the objects. The team whose drawings resemble the objects the most wins.

This game is perfect for teenage slumber parties or a girls’ night in. Divide the participants into pairs. Blindfold one partner and line up all make-up items in front of them. They have to give their teammate a makeover without peeking and with no guidance. The one who gives the best makeover wins. 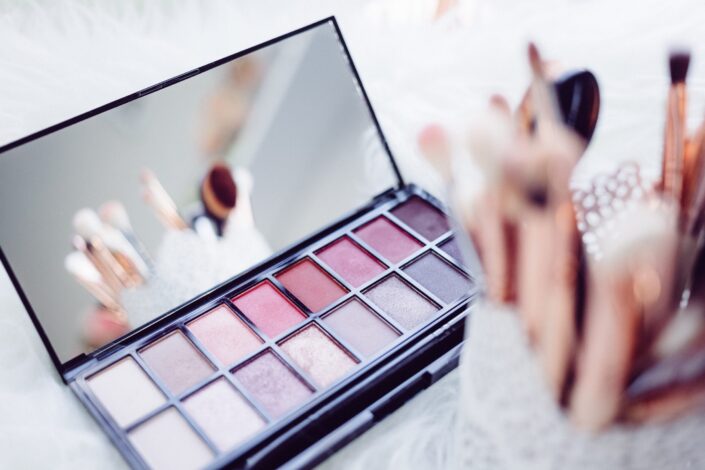 Celebrating a summer birthday? There’s nothing better than outdoor party games to mark the occasion.

You need a small object that fits the palm of your hand. Show it to all players and have one of them hide it in plain sight. At least a part of the object must be showing. The other players then have to find it. Whoever finds the object shouts, “Boomer-whitz!” and gets to hide it next.

Take a five-foot-long bubble wrap roll. Lay it open and have the kids cross it barefoot. Whoever reaches the other side without popping a single bubble wins.

Hang the pinata. Blindfold the players in turn, spin them around a few times, and hand them a wooden stick. Each child gets to hit the pinata at least a couple of times. Whoever breaks the pinata wins.

Planning a birthday pool party? These pool games for kids should come in handy!

Inflate a beach ball and write ice-breaker questions on it, such as “What’s your dream vacation?” Have the players stand in a circle in the pool and toss the ball to one of them. They must answer the question their right thumb lands on. They then toss the ball to another player. The game is over once everyone has answered a question.

Divide the kids into two teams. Line up the players on either side of the pool. Dump a bunch of ping-pong balls in the water. At your signal, all players start scrambling to get as many balls as they can and dump them into a bucket on their side of the pool. Each player may only carry one ball at a time. The team with the most balls wins.

How To Pick The Best Birthday Party Games For Kids

Coming up with great games for kids can be tricky.

Here’s how to pick the best birthday party games for kids:

Any games for kids must be age-appropriate. If the participants are too young for the game, they may not get the rules. If they’re too old, they probably won’t have much fun.

Even the most interesting game gets boring if played for too long. Be sure to spice things up and have a number of games lined up.

Downloadable and Printable List of Birthday Party Games For Kids

Here is a downloadable and printable jpg/pdf list of birthday party games for kids (right click the image and select Save Image As...):