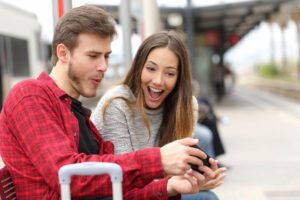 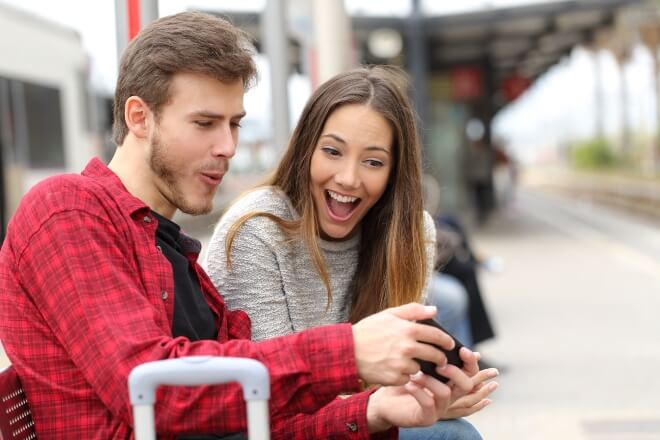 I'm going to be honest. Inflation RPG is something weird. But in a good way. Hear me out.

Now, I grew up in the golden era of RPGs. Your Final Fantasies and your Chrono Triggers ruled the 16-bit world on into the 32-bit console wars and beyond. These expansive worlds unfolded and demanded that the player drop every waking moment into the level-up grind.

To do so was to ensure that the next battle would yield sufficient experience points to reward your character the next level and thus, the ability to see the next chapter in an epic story unfold. Homer had nothing on these storytellers.

Inflation RPG is a bit different. An RPG for a new age. The age of the smartphone.

What is Inflation Rpg?

Make no mistake about it. Inflation RPG is a role-play game. It's just a role-play game designed for a generation without much of an attention span. Or, more aptly, a generation that needs to kill time on the morning commute, time at the DMV, or, god forbid the dentist's waiting room.

Whereas RPGs of old would weave an exhaustive tale designed to take months to complete, Inflation RPG is meant to serve immediate gratification.

Going back as far as analog Dungeons and Dragons campaigns, role-play games required characters to level up slowly over time, gaining a few experience points here and there to eventually cobble together a true champion. Inflation RPG seeks to flip the paradigm on its head.

In Inflation RPG the goal is to level up as quickly as possible. Sometimes laughably quick. Hundreds of levels in a single battle.

Each player is tasked with 30 battle points. An unsuccessful battle will lose you three battle points, so, doing the math, you could be over and done with in as few as ten battles.

A successful battle (and here's where it feels more like a traditional RPG) will net you experience points, levels, items, and, yes, additional battle points. So, win, and the game continues. Lose, and it's over quickly.

As I said, it is a revolution in the RPG space.

How to Play Inflation Rpg

Inflation RPG retains a lot of the trappings of a classic RPG, so even though it does a lot more than a classic, long story, RPG, you should still feel at home.

If you want to dip in for a few minutes while waiting in line, or spend several hours leveling up, you're going to find some serious enjoyment in the mix between familiar attributes and new game mechanics.

Let's take a look at some of the steps you'll need to know in order to get maximum enjoyment out of Inflation RPG.

Each player's abilities and levels are distributed amongst 5 key attributes. How you divide these up will make a huge difference in your ability to advance through the game, so let's look at what they are.

ATK - You'll start with 10 attack points and the more you have, obviously, the more damage your character will inflict.

DEF - Defense points work like attack points but for mitigating enemy damage to the player.

AGI - Agility points factor into how powerful your critical hits are.

LUK - Luck points determine the likelihood an enemy will drop gold or other loot, as well as the critical hit rate.

The map is a bit weird. All of the areas are numbered and the size of the number will give you an idea of how difficult the enemies are.

For example, when you're first starting out, you'll want to match the level of your characters to the level on the map. This way you'll have a better chance of winning the battles and not losing three precious battle points.

Telegraphing the enemy levels is probably one of the odder aspects of this game to get used to if you're familiar with the RPG genre as a whole.

Once you know what the various ability point types do, it's time to pick your character. We'll go over characters a bit more in a minute in our Pro Tip for Inflation RPG, but know that some characters will be weighted towards certain point types.

When you run out of battle points, the game is over and you're prompted to start again. Before you start a new campaign, however, you'll be presented the opportunity to spend your gold. Since gold doesn't carry over into the new campaign, it's best to spend every last cent you have on upgrading your armor and weapons.

So, early on, just keep grinding until you've bought all the best armor and weapons available. Speaking of the best items available:

The Samurai Sword or Knight's Sword is what you're aiming for early on in the game.

Buy as many EXP gems as you can afford. They add experience point multipliers to your winning battles and allow you to level up as fast as possible. They'll cost half a million in gold.

Once you're able to beat the bosses, gold becomes pretty much irrelevant since you've bought the best stuff. You can think of the game as "gold" and "post gold" phases.

After the gold phase, you're looking for rare weapons, armor, and items that you can't buy and can only be won in battle.

Look for the Green Light Sword to do some serious damage. You'll find this in the maze after fighting the Green Dragon Boss.

Once you're to the point of collecting the rare items, you'll be ready to venture further into the game and start slaying some serious bosses.

6. Use our Inflation RPG guide

We're just scratching the surface of what this innovative RPG has to offer. To get the most out of the game, you'll need to know exactly what rare items to get, where to get them, what to spend your gold on, what enemies to fight, and the like.

Our Inflation RPG guide we'll breakdown everything you need, step by step, to ensure you're at your monster stomping best.

Pro tip 1. Know Who the characters are in Inflation rpg

We touched on the characters a bit in step 2, but the selection phase is so important, that it makes our Pro Tip for Inflation RPG. The characters are presented to you on a grid for selection.

Where that character falls on the selection grid determines the ability multiplier. So, choose your character wisely.

Characters towards the center of the grid are the most well rounded when it comes to ability points, though HP is their strongest attribute. Towards the top of the grid, attack is favored. To the bottom, defense, the left agility, and the right, luck.

The balance of your multiplier will have wide-ranging effects within the game.

Mobile gaming has come a long way since paper toss. If Inflation RPG is just a bit too weird for you, we've got a few more games to put that opinion in its proper perspective.

It can be tough to find the time in a busy day to really dive into a full fledged, classic, RPG on your smartphone. Campaigns in Final Fantasy, or Chrono Trigger were measured in tens of hours and thousands of steps. Inflation RPG tweaked the game mechanics of an RPG to favor the mobile platform.

As I've said throughout this brief overview, it can be a little bit weird if you're used to long form, classic RPGs. That said, there is enough that is familiar to make Inflations RPG's learning curve shallow.

And all in all, the risks they've taken (battle points, gold not transferring between campaigns, etc.) feel fresh and for the most part work well. I've found myself playing this game when I'd otherwise be idly looking at social media, and I suspect that trend will continue.