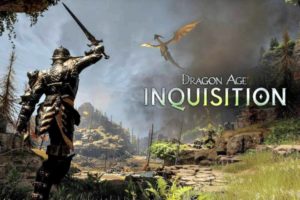 Dragon Age Inquisition - Get to know this awesome hunting adventure! 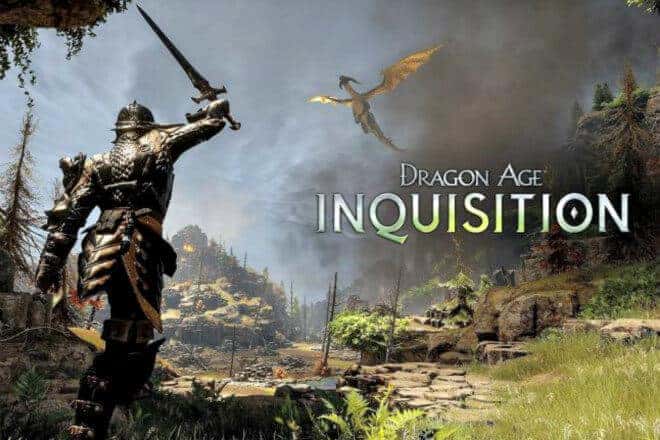 A tear has opened in the sky, unleashing untold damage on the people below. No, this isn't the hole in the ozone we're talking about. This is the central threat to the world conquering, dragon hunting adventure that is Dragon Age Inquisition.

Journey into a world that has become familiar to the lovers of the Dragon Age series, but which is now far more expansive and full of new quests, side quests, companions, and exciting story points.

To get the most from this game, though, you'll want to do more than just pop the game in and start fighting demons and dragons. You'll need to learn all the most important tips here and then use our extensive walkthrough for good measure.

So, let's get start, so that you know just what this game has to offer and whether it's right for you.

What Is Dragon Age Inquisition?

The game centers around the character of the Inquisitor, a holy person who is meant to make judgments across the world, and ultimately, to close the Breach in the sky that is unleashing demons on the populations below.

As with previous games in the series, there are dragons to hunt and companions to romance, as well as lots of customization for characters, abilities, and gameplay.

How to Play Dragon Age Inquisition

Plopping down right in the middle of a world in crisis is an awful lot of fun, but it can also be really confusing and overwhelming. Where to start when you're a young Inquisitor with a few continents to explore and a sky hole above you to address?

To help you get a handle on the game from the moment you start, follow these 7 steps, so you don't waste any time really getting into the action.

From the outset, the game lets you make a lot of decisions. This is a theme that's going to continue throughout the game, but your first decisions are among your most important, so be sure to be careful in your choices.

The character you design at the beginning of the game will go on to become your Inquisitor, the central character of the game, so the game lets you take some time setting them up.

That includes choosing the sex and race of that character. These particularly decisions won't make much difference to the game, other than your enjoyment of the experience.

You'll also be able to go beyond basic character types to adjust the actual look of your character. As with the sex and race options, there's no implication to the gameplay.

Far more consequential is your decision about the character's class. You can build a warrior, mage, or rogue. As the game progresses, the class will allow your character to grow into special abilities.

Beyond the character, you'll also have the opportunity to choose the difficulty level for the game. If you're new to the series (or to gaming in general), you might want to take it easy on yourself at this point. If you're big on playing a game with a lot of challenge, go with the Nightmare setting, and get ready for a tough time ahead.

2. Level Up and Specialize

If you've ever played an RPG, you probably know to expect this already. The game follows the traditional pattern of letting you level up your class skills, while gaining new abilities along the way.

However, this game throws in a curveball into how this process works.

While leveling up and gaining developmental points will keep you earning new abilities (in the class that you picked at the beginning of the game), specialized skills are earned by finding trainers and following all of their instructions in order to get the knowledge necessary to move forward with your specialization in the game.

3. Find a Mount and Explore

As we've already mentioned above, the world of Dragon Age Inquisition is significantly bigger and more expansive than in the previous games. That leaves a lot of room for more side quests, more interactions, more nifty items, and more hours of fun. However, it can also lead to a lot of time wasted time walking around.

To simplify that problem, this game has introduced mounts. These mounts start out as a simple horse that you have to stick with for a while, but later in the game, you can change it out for any number of beasts.

Pick up your mount as early as possible, so you can get more exploring done more efficiently. Keep in mind, while a sturdy horse might be nice in a battle, you can only use a mount to explore. They aren't available when facing monsters.

4. Settle Into the Fighting System

This game offers two different ways to experience your battles. In the first, you play as you did in Dragon Age II, with the game's AI taking control of characters you aren't currently controlling. This allows for a faster, less strategy focused fighting experience.

For those who like a little more hands-on, strategic fighting (or who need it for those big boss fights), there's a second fighting option. You'll be able to stop gameplay and select attacks and actions for all your play. The price of this is a more stop-and-start experience that has a slightly dated feel to how it plays out.

Knowing which system you prefer, and when you prefer it, upfront can allow you to experience the game in the way you prefer while also maximizing your success in battle.

5. Get Your Romance On

Most RPG games offer you a team of companions who will help you in your battles and advance the plot. While many games make these characters interesting, few of them make them quite so interesting as this one does. How do they manage that? Well, Dragon Age adds a little romance to the equation.

That's right. Like previous Dragon Age games, there's a fun romantic component involved in the gameplay. Many of the non-playable characters are open to having a little fun on the side with the Inquisitor.

However, to get the benefits of the fling requires you to pick out the right companion and approach them in just the right way. Part of the fun in this game is testing your flirting abilities all while you battle the forces of evil.

Not every companion is amenable to your significant Inquisitor charms. And, you know, sometimes you might want something more than a fantasy fling in your game. You'll probably want companions who more than anything maximize your strategy as you wander Thedas.

Whether you're looking for wooing tips or matching skills, reading more about the Dragon Age Inquisition companions will give you a heads up on which characters to focus your attention on ...and what kind of attention to focus on them.

In previous Dragon Age games, the map was far more limited, but it was also far more open. While this game offers a lot more room to explore, that comes at a price. In this game, you aren't just going to get on that horse of yours and go for a nice wander around that expansive territory.

Instead, you've got to earn your exploration the hard way. Getting more room to roam involves you completing quests. These quests can be related to the storyline (meaning they're mandatory anyway) or they can be side quests.

Either way, if you want to see the whole beautiful world of Thedas, you're going to need to seek out and complete all the quests available. So, keep an eye out for those opportunities, and take them as often as possible, since the game's real charm only appears when you have the full map before you.

7. Use Our Dragon Age Inquisition Walkthrough

For all that expansiveness, though, the game can be a little intimidating.

Which class gives you the advantages you're looking for? Which quests should you pursue right away and which can wait? Which items are going to make your life easier and which can you discard? How on earth do you romance a companion? And how do you know it's the right companion?

This overview really just dips your toes in this game. To really understand and succeed with this game, you need our Dragon Age Inquisition walkthrough. Our walkthrough can take you from your first steps as the Inquisitor to the final success closing the Breach.

And, for some extra fun, it'll show you the keys to all the side quests as well. And ensure you get that your inquisitor gets that smooch (and much more) they're dying for.

We've gotten all the way to the end of this overview, and we've barely mentioned the dragons that are kind of central to the game (it being the age of dragons and all).

That's because Dragon Age Inquisition dragons are tough to find, tough to beat, and not quite as central to the story as the name implies.

For all that, they are a whole lot of fun. Once you've got your map opened up and your characters leveled up, use the walkthrough to find all the dragons and slay away to your heart's content.

If you aren't eager to save Thedas from all the disasters befalling it, take on a different gamer challenge with one of these great games:

With the Dragon Age Inquisition tips in this article and our walkthrough, you'll be able to master all the threats and quests the game can throw at you.

That should be a relief, since this game will throw a lot at you. With the help here, though, you'll be able to focus on the fun of the gaming experience instead of the difficult decisions that can slow down your progress and lead to serious missteps.

So, get to it. Put the game on, and get to saving the world already. You are the Inquisitor, after all. 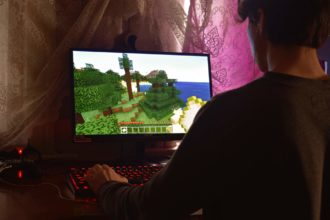 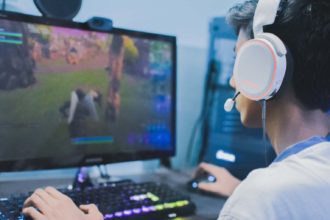 35 Best Games To Play Online When Bored - This is the list you need. 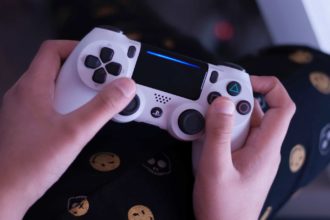 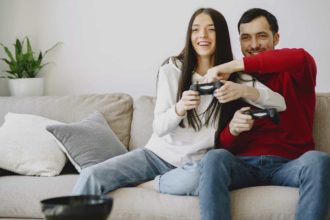 51 Best Cheap PS4 Games You Can Buy Now And Enjoy 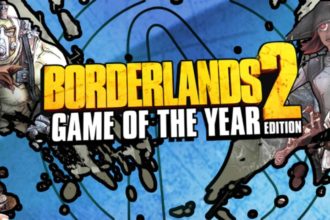 Borderlands 2 - A quick guide to this awesome game! 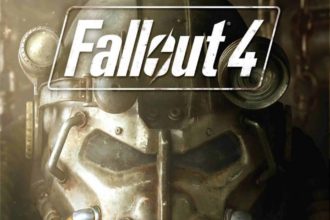 Fallout 4 - A quick and easy guide to this massive RPG! 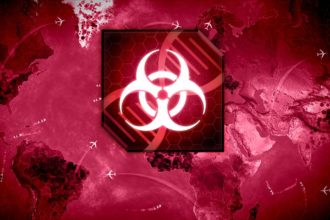 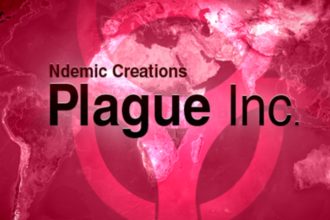 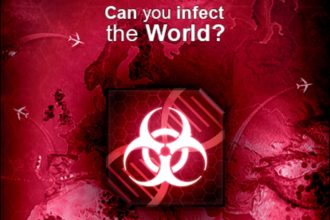 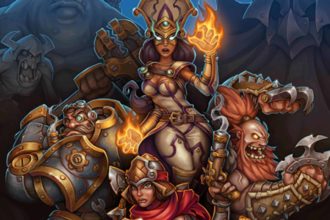 Torchlight 2 - An Innovative take on a dungeon crawler game! 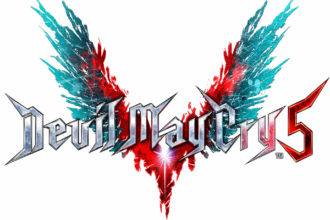 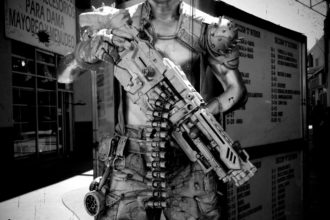 Crackdown 3 - A guide to stepping-up your demolishing skills!