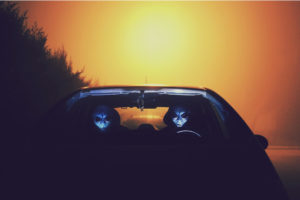 Redneck Rampage - A quick guide to a rootin tootin time! 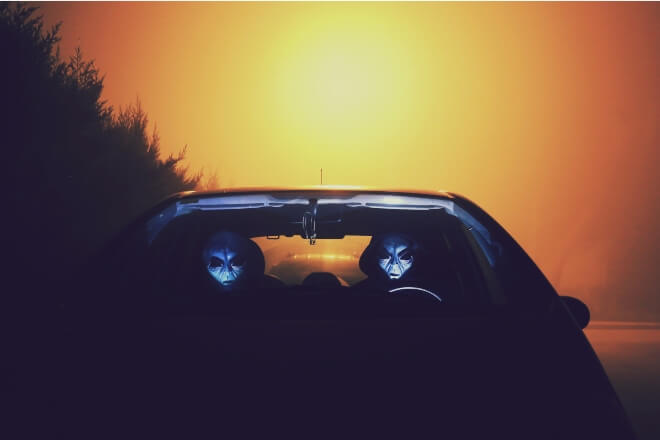 What do you get when you combine Duke Nukem 3D with pork rinds and too much liquor? The answer is Redneck Rampage -- a rootin-tootin', honkey-tonkin' '3D' first-person shooter that first came out in 1997. Yee-haw!

Although it was first released as an MS-DOS/MAC OS game, The game has been re-released on Steam and GOG.com. In September 2018, M210 released a Java port titled Redneck GDX.

If you're a fan of old-school shooters like Duke Nukem 3D and DOOM, but you want something a bit goofier, we highly recommend checking out Redneck Rampage. In fact, it was created on the Build engine, just like other classics such as Duke Nukem 3D, Shadow Warrior, and Blood.

While the game's lowbrow sense of humor may not be for everyone, the game is a slice of ridiculousness that's worth playing through at least once. After all, it ain't gonna be easy finding another game with moonshine power-ups!

What is Redneck Rampage?

Redneck Rampage came out in 1997, so don't expect incredible graphics or technical gameplay. What you get is a simple-yet-fun first-person shooter experience that doesn't take itself too seriously.

Aliens have invaded, and they've done the unthinkable. They've kidnapped (pignapped?) two hillbilly brothers' prized pig. Now it's up to Leonard and Bubba to battle their way through the fictional town of Hickston, Arkansas to save Bessie (oh, and the world too).

Prepare to fight your way through a wide variety of yokel-inspired environments, from meat processing plants to trailer parks, using a bunch of various zany weapons from your hillbilly arsenal -- ever tried a circular saw-gun or a crossbow that shoots TNT? Now's your chance.

Pound booze and chomp down on junk food to keep your health up, and eventually you may be fortunate enough to battle Assface. Yes, one of your primary opponents is called Assface.

If you can't get enough, you're in luck. There are various add-ons and spin-offs so you can enjoy new locations, gameplay styles, endings, and much more.

How to Play Redneck Rampage : 5 Steps

So you've decided you want to dive into the raucous, booze-soaked world of Redneck Rampage. You're a brave one. Follow these handy instructions to turn your home computer into a virtual moonshine distillery and alien blasting zone:

You should have no problem running Redneck Rampage. Here are the specs (or higher) you need to run the game:

So your computer's good to go. Now don't go gettin' too big for your britches, ya hear? You still need to get the game.

Now, if you're using a modern operating system (Windows or OS X), your best bet is to either get the game from Steam or GOG.com.

That said, if you're tech-savvy, you can also seek out RedneckGDX -- a Java port of the game that includes some improvements such as widescreen resolution support, better mouse support, and even some expansion packs.

So now you're ready to play the game. Before you start blastin' baddies, it's important that you understand how the health systems and hit points work.

Your health is based on the two most important thing in a true redneck's life: food and liquor! You're going to gobble moon pies and pork rinds to keep your tummy happy, while also chugging beer and liquor to keep your mind right. Sound good? Here's how it works:

Your user display shows a 'Gut' meter and a 'Drunk' meter. As you eat more food, your drunk meter goes down. However, eating too much food causes you to fart, which makes sneaking up on your enemies a bit trickier. You're basically trading health for stealth.

As you drink booze, your drunk meter (naturally) goes up. Drinking restores health and makes you less susceptible to enemy fire, but it also makes you stumble as you walk, distorts your vision, and even causes you to black out if you indulge too much, leaving you susceptible to enemy attacks until you recover.

In other words, you need to drink enough to stay nice and active, but you also need to slam enough junk food to soak up all that liquor that's making you see double. Sounds like a typical Saturday night, right?

No matter how may drunk you may get, choosing the right weapon makes a difference. Fortunately, Redneck Rampage arms you to the teeth...all four of 'em.

While you may only have access to certain weapons in the beginning of the game, eventually you'll start to figure out which weapons work best for different types of situations.

Sling Blade: This is the handheld weapon that you get at the start of the level.

Crowbar: The crowbar may not be your most powerful option, but there's no ammo limit and it's fairly effective for close-range combat if you're in a pinch.

.454 Casull pistol: This pistol is quite versatile, as it's even accurate from a long distance. It holds up to 198 bullets.

Scatter Gun: The Scatter gun works great for close-quarters combat. A gentle touch fires a single shot, or hold down the trigger to unleash a double-barrel blast. It holds 50 shells max.

Ranch Rifle: Don't be fooled by its casual appearance -- the Ranch Rifle is a rapid-fire fully automatic weapon. Fire it in short bursts to maintain control. It holds up to 200 bullets.

Dynamite: You can carry up to 30 sticks of dynamite. Make sure you get out of the area fast after you light one. You can also shoot the entire box of dynamite if you need more power.

Rip Saw: The rip saw is a great short and long-distance weapon, as you can hack up your enemies with the saw function, and then launch circular saw blades from afar. You can hold 30 blades at a time.

Alien Arm Gun: This powerful alien weapon is just a beast. 'Nuff said. You can hold up to 99 bolts.

Powder Keg: Shoot these barrels to blow 'em up (and any aliens or clones nearby).

Alien Bra Gun: Feeling a little crowded? This baby will take care of all surrounding enemies. It holds up to 200 bra bullets.

Motorcycle: This bike comes loaded with machine guns that you can fire while you ride.

Swamp Buggy: Cruise the swamps and fire off mortars as you feel fit.

5. Use Our Redneck Rampage Guide

Stuck? We'll help you out of a jam faster than a snappin' turtle chompin' on a crawdad. If you need assistance getting through Hickston, Arkansas, our Redneck Rampage guide is just what you need.

Looking for a new game? We're always giving our readers new food for thought. Check out these other game overviews and guides -- you may just find something new.

Redneck Rampage may not be the most polished or classy first-person shooter, and that's just fine. If you want to play Duke Nukem 3D, do that. This game is rowdy and fun, but it also packs some serious gameplay under that hillbilly disguise.

If you're going to play this game, just take it for what it is -- a fun shooter from the golden age of first-person shooters. Relive the glory of staying up til 3am on your parent's clunky PC blasting aliens with wacky weapons. What this game lacks in artistic merit, it makes up for in humor and nostalgia points.

If you just can't get enough, be sure to check out these expansion packs and spin-offs:

Suckin' Grits on Route 66: This expansion packs adds 14 new levels, and a new ending to boot.