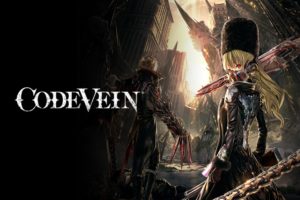 Code Vein - A quick look at this much awaited Vampire RPG! 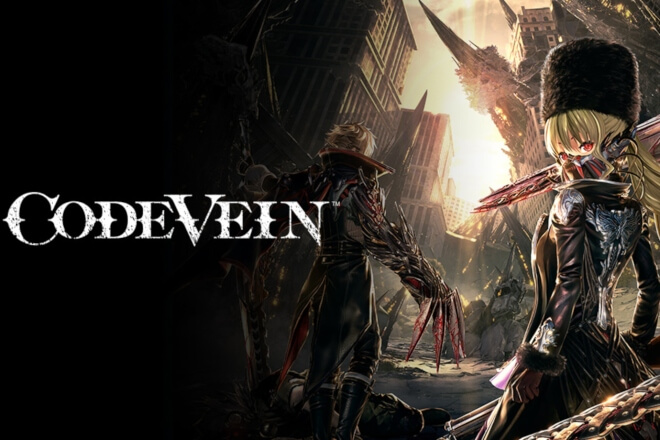 Among all the new PC games coming out, perhaps the most interesting is the long awaited Code Vein. Set for a 2019 release, it offers the lovers of post-apocalyptic hellscapes, vampires, and action adventure gaming something to satisfy all their cravings.

If you aren't sure yet whether this is the right game for you, beyond your love of vampire stories set in the chaos of societal collapse, we've put together an introduction to the game to help you find out if you're up for all the blood-consuming, monster-hunting, world-saving fun.

What Is Code Vein?

It is an action video game set after the collapse of civilization. While you might expect such a catastrophe to lead to tragic scraping by with desperate people, you'd be wrong. Because in this fallen world, vampires and monsters rule. Which is a much cooler way for the world to end.

In order to protect the few remaining people left, certain warriors have become semi-vampires. They drink blood (which you take from the monsters you slay), and in exchange, develop phenomenal powers.

While there are numerous members of this Vein tribe, you play a character who seems to hold the key to doing more than holding off the Lost (those who have transformed fully into monsters), perhaps saving the last of society.

No pressure or anything.

Game play involves one-on-one combat with the assistance of an AI-controlled partner. These partners can be traded out, with their skills changed and upgraded, allowing you to switch up complementary abilities throughout the game. You'll also get skill upgrades, tons of weapons, and items to further customize and strategize your play.

The game has a fun anime feel to it, and involves a lot of difficult fighting that keeps the game challenging as you fight to save your people, all while you discover the hidden secrets in your character's past.

The game will be available on PC, PlayStation 4, and Xbox One.

How to Play Code Vein

Okay, you're interested. Tough, hand-to-hand fights with monsters, vampires, dark secrets, and a nightmare storyline are enough to encourage you to get your hands on a copy when it comes out.

But how, exactly, are you going to play it? What do you need to keep in mind before you start, to make sure you don't waste time wandering the half-abandoned world, starving for blood?

We've got you covered here as well. Just follow these steps to make a success of your campaign against the dark forces.

1. Set Up Your Character

It may not make a bit of difference in how easy or difficult the game is, but designing your character upfront is a lot of fun and a game all unto itself. Like a lot of modern RPGs, you're given a whole lot of input in the character you're playing throughout the game.

In Code Vein, that includes choosing sex, facial appearance, clothes, and more. You can spend hours doing a bit of dress up until you find the perfect character for you.

Again, this won't really affect your game play at all, so spend as much time as you want but don't take an extra minute on it after it stops being fun. Once you've got a character you like the look of, get right into the game.

Step 2. Get a Feel for Your Spells and Weapons

In a lot of ways, Code Vein is a very typical hack and slash, one-on-one combat game. There's a lot of swords and spells and quick movement involved in slaying your baddies. For all that, the game still is pretty challenging.

To overcome that, particularly upfront, you'll want to take some time to get used to all your character can do. Take some time to try out your full arsenal of attacks, spells, and movements as you beat up on early monsters.

You'll also get some new weapons pretty early in the game. Try them out as you get them to get a feel for which ones work best for your game play.

Certain tools will also allow you to better extract that blood your character needs to get going, so getting a handle on how that works upfront is going to help you a lot as you continue through the game.

The more you give yourself room to make mistakes and discover possibilities early, the more comfortable you'll be as the first bosses show up to really test you.

3. Focus on the Blood

If you're squeamish about blood, this game probably isn't for you. Blood isn't just going to splatter when you slay some member of the Lost who's lurking about around you. Blood is also the key to mastering the whole game.

More specifically, blood is how you're going to get to the skill and strength upgrades you need to level up as the game continues.

So, that means, in particular, beyond any other concerns, you need to make sure you are getting all the blood you can, whenever you can.

As the monsters get bigger and the challenges hard, you'll be grateful you took the time to demolish a few more of those early creatures lurking about and absorbing that precious life force that allowed you to prepare for the big toughs ahead.

4. Use Your Assistant to Your Advantage

Another important aspect of your fighting and strategizing involves your assistant. It can be easy to ignore this helpful companion at your side, particularly as the AI does all the assistant's fighting for you. At the same time, you may not feel you need them early on.

However, getting a good working relationship from minute one will make life easier going forward. Set how much your assistant heals and attacks, and get used to when you want them to take a more lead role and when they should hang back.

When you get to home base, you'll also be able to adjust your assistant's skills, so be sure to play around with that and develop a strong understanding of just what your assistant is capable of. The game can be so difficult, there will be times ahead when your success will likely depend on how well you've tooled your assistant to help you.

While you may feel tactically limited in this game somewhat (compared to, say, many RPGs), how you manage your assistant gives you that extra bit of flexibility in your gameplay. Use it.

Side quests, especially challenging bosses, powerful weapons, and more are sure to be there for you to find as you wander about. So, don't try to race to the finish of the storyline without first taking some time to really get to know the world has to offer.

Beyond the basic benefits to the playing experience, with the world in this game is beautiful to look at, while the monsters are all kinds of horrible and wonderful. That makes it all the more enjoyable to go off track and find a new challenge somewhere off in the distance.

Although this is a hack-and-slash adventure, that doesn't mean you won't be using a lot of strategy. We've already seen how working to maximize the usefulness of your AI-controlled assistant can make a huge difference in how far you get in.

Beyond that, you'll need to be able to accommodate for just how smart the monsters are in this game. Being stealthy can give you a major advantage, since these monsters are usually occupied with some other evil doings when you come onto the scene.

However, when they become aware of you, they'll quickly coordinate and work together to really make your life difficult. How you approach and fight these bads is a lot of the fun. You can rush in spells a'blazing and take them all on at once, or you can sneak up and take them out assassin-style.

It's up to you, but you may find one strategy more effective than the other as the fighting gets tougher as the game progresses.

7. Use Our Code Vein Guide

Beyond the fun of the story, this game is clearly a great play. But we're already seeing how difficult it's going to be to make progress in the game. While the fighting system is deceptively simple, the game is promising all kinds of difficulties ahead.

The bosses are tough. The monsters are no picnic either. To get through this bloody, blood-thirsty game, you're probably going to need some help.

But hey, no worries, help is on the way. Our Code Vein guide will get you all the key info you need to prepare for all the difficulties ahead. Whether it's slaking that blood thirst, finding and using the best weapons, optimizing your partner, or finding your way through the storyline and side quests, we can help you out.

With the guide in hand, you can overcome whatever the evils of the world have in store for you and your character.

Working as a post-apocalyptic vampire monster fighter can take up a lot of your free time. When you need a break, though, we've got all the info you need on all the other great games out there. Just check these games out:

With so many great new PC games coming out (like those listed directly above), it can be hard for a game to get much attention these days. For all that, there's hardly a game scheduled for release getting more attention than Code Vein.

That makes plenty of sense to us, because Code Vein has everything going for it. The fighting is challenging, the story is intriguing, the animation is breathtaking and original, and the game is just plain fun.

Far less fun is struggling to get anywhere, dying over and over again, and failing to really get the game and the story going. With the above information, you should now know more than just how good this game is, you should know how to really start making progress and moving toward the revelation of all those tantalizing secrets lurking within.

So, don't delay any longer. Get the game as soon as it's available, and start sharpening those fangs of yours so you're ready to save the world.