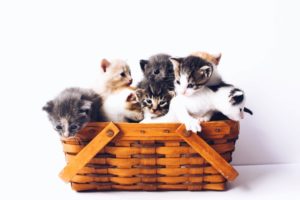 Neko Atsume - A guide of the perfect game for cat lovers. 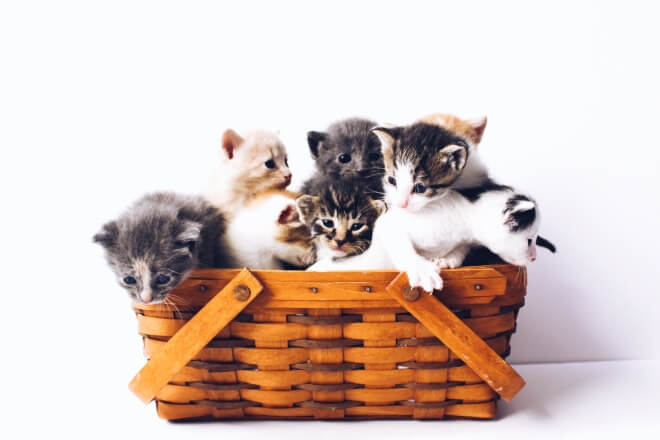 via: Unsplash / The Lucky Neko

You know that neighbor that leaves bowl after bowl of food out in hopes that the neighborhood stray cats will come round and fill that ineffable void in their lives? Neko Atsume is essentially the digital version of that.

Literally Japanese for "Cat Collection," it is a deceptively rewarding time sink that asks so little and gives back so much.

While it may have started out as a simple Japanese phone app, the game has morphed into a cultural phenomenon, spawning an English language translation as well as a full-length movie. It's barely even a full-length game... how'd it spawn a movie?

When it comes to Neko Atsume, there really isn't much point, and that's just fine with us.

What Is Neko Atsume?

The plot of the game is pretty straightforward. The player (if you can call them that) is the purveyor of a backyard. The goal of the game is to attract as many stray cats to that yard as humanly possible. This is done by leaving treats, like food, or balls, for the cats to interact with.

The cats, in turn, will bring you rewards which you can use to expand your backyard, to attract more cats, who give you more rewards, and so forth. You're building a symbiotic relationship with these digital felines.

The goal, if you can classify it as such, is to "collect" photographs of different cats doing their thing. When you open the app, you may find a cat or two playing with what you've left out for them, or you may find that a cat has visited and left while you were away. You're just trying to lure different cats to your yard so you can snap their photo and add it to your book. That's it.

If that sounds simple, that's because it is. The learning curve on this game is almost non-existent. If that sounds boring, then you're underestimating how addictive this premise is.

There is no endgame. There are no reflexes required. There is no one to compete against.

There is no way to fail.

If you forget to leave food out or don't log in to the app for a while, the cats just don't stop by. Presumably, they're off frequenting someone else's more diligently kept up digital backyard.

Log on as much, or as little as you'd like. There's no guilt factor and no backsliding. Woo the cats at your own pace.

This makes it great for kids (much more forgiving than an actual pet), or for adults who just need a cute little break in their day.

Couple the easy game play with the adorable animation style, and you're going to have an app that can rest harmlessly in your app drawer as a little pick me up whenever you're in the mood.

While it may be extremely easy to scratch the surface of this game, there are a few steps to make the game play all that much more rewarding.

How to Play Neko Atsume: 8 Steps

Now that you know what the game is, there are only 8 steps to get you started off on the right paw.

Step 1: Get the game

Simple enough, but the game is available in both the app store for iPhone and the Google Play Store for Android devices.

Side note, while the app is very lightweight in terms of spec requirements, there is an option to turn the already spartan graphics down a notch. So this should run on just about any smartphone running any version of iOS or Android.

For the longest time, this game was only available in Japanese. Even so, the game is so intuitive, and learning curve so non-existent, that not speaking Japanese didn't diminish the game play in the least. There is now an English translation, but for hardcore cat collectors, playing in the original Japanese might be a bit of an extra treat.

The game forces players into a quick tutorial mode that runs through basic game play. Here you'll place your first bowl of food and learn how to purchase toys to attract the stray cats.

While limited to a couple of balls at first, placing as many toys as you can right off the bat attracts the maximum number of cats to your backyard.

The game will instruct you to press your home button or otherwise leave the app for a period of time while the cats find what you've left for them. This seems strange, as most apps will want maximum time in the app, but here it just adds to the authenticity of the world of stray cats.

The basic currency is fish. Cats like fish, so they bring you fish. Silver fish, which are more common, and gold fish, which are rare. You can purchase gold fish as the more expedient currency, but unlike many other games, you can get by just fine spending the free rewards the cats bring you. Insofar as there are microtransactions, they exist in the background.

As we mentioned, if there is a goal, it's to get more cats to come by to give you more rewards, to attract more cats. Expanding your yard as soon as possible gives the player more locations to leave treats.

Expanding your yard is the quickest way get more cats, so spending your fish on expansion yields the highest return on investment.

In addition to expanding, you can add furniture, like scratching posts and hammocks to attract rare neighborhood cats.

Step 8: Use our Neko Atsume guide

While it may seem like an extremely simple game, there are some nuances to getting the most out of your cat collection experience. And while we've covered the basics here, we're really just scratching the surface of what it has to offer.

All cats are cute, but not all cats are created equally. Each cat has it's own appearance, personality, and attributes that ensure the player will want to collect each one.

Some cats are more standoffish and less likely to come around your backyard. Here are a few of the rarer cats and how to attract them.

Joe DiMeowgio - To attract this feline homage to the Yankee great, you'll need to place the baseball in your yard. (Makes sense right? Again, no learning curve.)

Ramses The Great - The ancient Egyptians revered cats, and we're sure they would have approved of this game. To attract Ramses place the pyramid tent in your yard.

Mr. Meowgi - Scratch on, scratch off Danielson. Place the scratching log in your yard to attract the kungfu legend.

This game is admittedly pretty hands off. That's a legitimate observation and that level of gameplay might not be the best fit in all circumstances for all players.

Take a look at some of our other game reviews for something that might be more your speed.

Neko Atsume is a pretty simple game, but that doesn't make it any less engaging. It's a game that fills that gap in a gamer's life where they need something to do but don't need the stress that comes with skill or responsibility. There's something to be said for that.

Place some food, place some toys, and collect some adorable cat photos. It may not seem like much, but in this crazy world, it's just enough.