Jasper is our expert conversationalist and wordsmith. He loves coming up with questions, jokes, and topics designed to create natural conversation. His work has been featured on Marriage.com, iHeart Media, Elite Dai ...
Read Full Bio

Christmas jokes should be part of the holiday cheer. If you want to make your holidays even better, bring out the jokes.

They say that Christmas is the time of giving. Give people the gift of joy with the perfect Christmas jokes that are meant to make anyone burst with laughter.

A normal Christmas celebration can turn into a night filled with bonding, fun, and laughter with the right jokes at the right time. Sure, some jokes may seem a little corny for people's taste, but that's what makes it more fun.

You don't have to go through endless lists of jokes for the holiday because this list of Christmas jokes has all the best ones in it.

1. What do you call cutting down a Christmas tree?

I mean... shopping isn't the only thing we do in preparation for Christmas.

2. What did Adam say the day before Christmas?

Adam was a witty one, huh?

3. What do you call people who are afraid of Santa Claus?

Not to be confused with people afraid of closed spaces.

via: Pexels / Hunt on Photos Studio

4. What do snowmen have for breakfast? Snowflakes!

Do corns have cornflakes for breakfast?

5. Did you hear that Santa knows karate?

He has a black belt.

Dad jokes can be cringy, but admit it or not, they're funny. These Christmas dad jokes will leave you in so much disbelief at how dad joke-y they are, that you'll have nothing to do but laugh. That makes it all the more fun during Christmas eve: the holiday cheer with your dad's neverending jokes.

6. What did the beaver say to the Christmas Tree?

I hope they become good friends.

7. What do you call a snowman with a six pack?

I want to know where he works out.

8. What cars do elves drive?

A fast driver, you are.

9. Who is Santa's favorite singer?

I heard he's the most famous singer in the North Pole.

Christmas is the holiday that almost every kid loves. They even say that Christmas is for children. These Christmas jokes for kids will make Christmas even more fun than it already is for the beloved kids.

10. What do snowmen like to do on the weekend?

I think they do that even on weekdays.

11. What's red and white and falls down chimneys?

Oh, how clumsy of him.

12. What do you say to Santa when he's taking attendance at school?

Hope you get one!

13. What do snowmen call their offspring?

They don't cry because they're just chill.

14. What are you giving Mom and Dad for Christmas?

Is this a joke if it's reality? It's not like we haven't been doing it for years!

These corny jokes will be so bad that you can't help but laugh. And that's what we want for Christmas: laughter in the air. So, why not try this list of corny Christmas jokes to lighten up the mood even more? They might not hit the right places to make people laugh, but you'll all be having a great time.

15. What do reindeer hang on their Christmas trees?

They have a different kind of Christmas tree.

16. Why couldn’t the skeleton go to the Christmas Party?

He prefers to celebrate at home with no body around.

Because he had no body to go with!

17. How does Christmas Day end?

With the letter Y!

18. Why does Santa have elves in his workshop?

They just can't be bothered.

Because the Seven Dwarfs were busy!

Your Christmas jokes don't always have to be a hit. They can miss, and that's alright. That's what makes the joke funny. These bad jokes aren't a guaranteed hit, but they're so bad that they're already too good.

20. Why are Christmas trees so fond of the past?

I wonder if they have ever thought of their future.

Because the presents are beneath them.

21. How is the alphabet different on Christmas from every other day?

22. How does a sheep say Merry Christmas?

Another could be Meeee-rry Christmas!

23. Which of Santa's reindeer has the worst manners?

Who's going to teach him the right manners?

24. How did the ornament get addicted to Christmas?

The addiction is very much expected.

He was hooked on trees his whole life.

Your list of Christmas jokes just isn't complete if you don't have any knock-knock jokes in there. What makes knock knock jokes so fun is that anyone can relate and understand them. These kinds of jokes are always a hit, whether to our grandparents or to the children.

It's probably not this joke.

Saying this joke is like saying "throw some snow at me". Kidding.

But the real question is... who is Dexter?

Dexter halls with boughs of holly.

29. Knock, knock. I hope Murray's having a great Christmas eve.

I hope Murray's having a great Christmas eve.

Murray Christmas, one and all!

Punny jokes are the best types of jokes because they're so punny! Being punny is a skill and not everyone can come up with the best ones. That's why we've made this list of the best Christmas puns.

30. What is Christmas tree's favorite candy?

Makes your mouth smell good, too.

Ba-dum tss. That was forced. But say it like it wasn't.

32. What did the pepper say on its holiday card?

Do all the seasonings say this?

They blast it all night when "rapping" gifts.

You shouldn't have to be the most intelligent person to get a joke. That's why everyone loves stupid jokes, you don't even have to think too much about them. They're so stupid, they're funny! These stupid Christmas jokes will add a little more cheer to your holiday.

34. What do you get if you cross an iPad with a Christmas tree?

I'd take the iPad on its own, thank you.

35. Where do you find reindeer?

It depends on where you leave them!

36. What does the Gingerbread Man use to make his bed?

Remember to use cookie sheets before baking your cookeis. The Gingerbread Man did it right.

At which Ho do we start running?

38. What did one snowman say to the other snowman?

Do you smell carrots?

Here is a downloadable and printable jpg/pdf list of Christmas jokes (right-click the image and select Save Image As...):

How to Pick the Best Christmas joke

All jokes are beautiful. That is exactly why picking the right jokes for your Christmas bonding and dinner can be so hard. The right kind of jokes means everything when you want to bring more cheer into the picture. Lucky for you, we've got this handy list of things to consider when you're ready to pick the best Christmas joke. Take these into consideration when picking the jokes for your list, and you're good to go!

To pick the best Christmas jokes, you have to know who you're telling the jokes to. Some jokes that are appropriate and right for adults may not be the right jokes for the kids. Some jokes are best told to those who you're closest to. Some jokes may have references that other people will not get. Take your audience into consideration when picking your jokes.

2. How Much Of A Jokester Are You?

A big part of telling a joke is how you deliver it. How much of a jokester are you? Can you deliver jokes that need you to have the right timing? Or are you more of someone who can just say mindless jokes? Take these into consideration because if you choose the jokes that you can't deliver properly, no one would get it.

Don't just have pure knock-knock jokes. Put in some puns in there. It's important to mix it up so as not to bore your crowd. Other people might enjoy stupid jokes, but other may be looking for jokes that have puns. Make sure that you cater to everyone and put in some for each category.

Ho ho ho! If you can't stop laughing, don't even try to stop. Keep laughing with our wide variety of jokes that we gathered all for you. 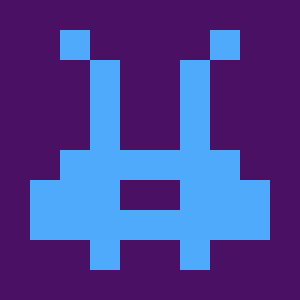 Jasper is our expert conversationalist and wordsmith. He loves coming up with questions, jokes, and topics designed to create natural conversation. His work has been featured on Marriage.com, iHeart Media, Elite Daily, and The Urban List. Jasper lives in Georgia with his new bride.