If you like numbers, you probably already know that there is nothing like a few well-timed math puns to brighten up your day. Math jokes are also a great way to spice up your math class or make your accountant smile. They are smart, funny, and oh-so-deliciously geeky. Who doesn’t like that?

With this in mind, let’s jump right into our selection of the funniest math puns on the Internet!

Are you ready for the crème-de-la-crème of math puns? This shortlist won’t disappoint you!

Here are the 13 best math puns:

1. What did the triangle say to the circle? “You are pointless.”

2. And what did the circle say to the triangle in return? “I don’t see your point.”

Pretty decent comeback if you ask us!

3. What is a math teacher’s favorite kind of tree? Geometree.

Not to be confused with Gumtree.

4. What tool is best suited for math? Multi-pliers.

These always come in handy.

5. How do you stay warm in an empty room? Go stand in the corner — it is always 90 degrees there.

The real question is, Fahrenheit or Celsius? 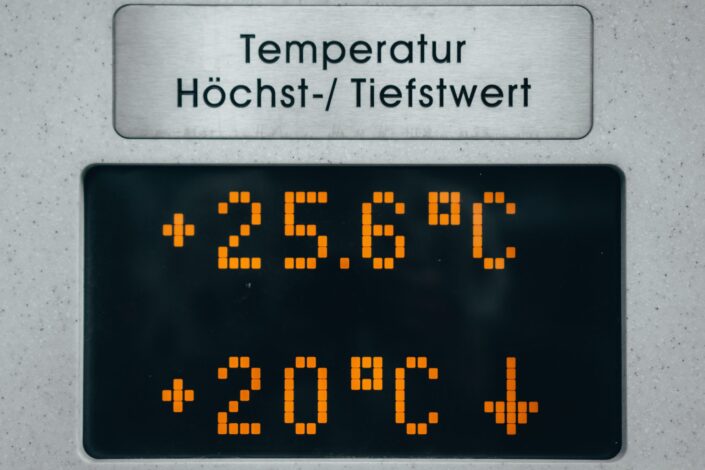 6. I don’t get the point of decimals. I am more partial to fractions.

You can’t deny that fractions have a certain je ne sais quoi!

7. What did the mermaid wear to math class? An algae-bra.

Not sure how comfortable that one is, but hey — fashion requires sacrifices. We just hope she didn’t catch a cold; those classrooms can be draughty.

8. What’s the best way to flirt with a math teacher? Use an acute angle.

The last thing you want is to come across as obtuse! Math teachers have pretty high standards when it comes to such things.

9. Why is six afraid of seven? Because seven eight nine!

Didn’t you know? Poor nine. And to think it’s the first composite lucky number! Guess it wasn’t so lucky after all.

10. Why did seven eat nine? Because you are supposed to eat 3 squared meals a day!

What can you do? It’s doctor’s orders.

11. Why couldn’t the angle get a loan? Its parents wouldn’t cosine.

Rumor has it they never got along in the first place. Plus, it’s a tough economy.

Ah, don’t know about you, but we, for one, could seriously use a trip overseas right now.

The hourglass silhouette will never go out of fashion.

via: Unsplash / AllGo - An App For Plus Size People

In the mood for something short and fun? Try telling them these short puns.

Do you always have to have a reason for doing things?

And if you want to memorize the first 100 digits of Pi (because who doesn’t?), check out The Pi Song. It’s quite a banger!

16. Why should you never start a conversation with Pi? It’ll just go on and on forever.

You can’t trust anything they say on TV these days.

18. And speaking of statistics, why is it never anyone’s favorite subject? It’s just average.

You have to admit there isn’t a lot of drama going on there.

There has always been something fishy about those ones.

20. There is a fine line between a numerator and a denominator.

If that confuses you, though, you can always go with decimals instead. Plus, they save space on the page.

21. An abacus is one tool that you can always count on.

The simple yet incredibly useful abacus has been around for some three thousand years, and it doesn’t look like it’s going away anytime soon!

Pi is an irrational number, so what else did you expect?

23. There are ten things you can always count on — your fingers!

Make those twenty if you also throw your toes into the mix. 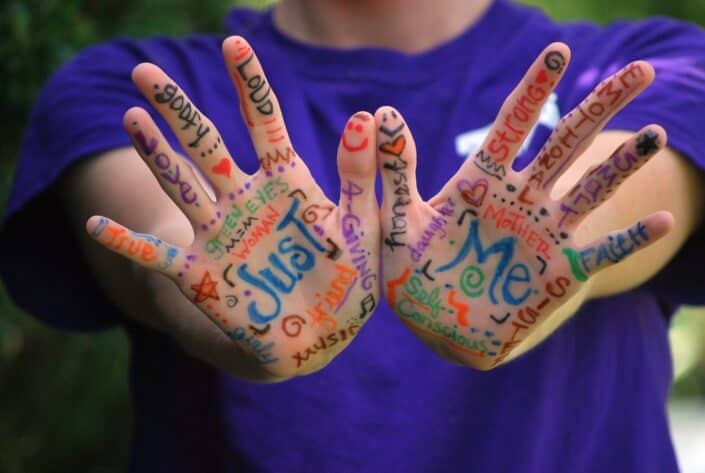 24. Who invented the Round Table? Sir Cumference.

He must have been quite an important figure.

25. Don’t argue with decimals — they always have a point.

Unless you happen to be in continental Europe, South America, or most countries in Asia or Africa — they all use a comma as a decimal separator.

You think you are a smart one, don't cha? Well, then, let’s see if you can handle our extra-clever math jokes!

26. How does a mathematician plow fields? With a pro-tractor.

Who knew protractors could be so incredibly versatile?

To be fair, they always are, so try not to take it personally.

28. Why was the obtuse triangle always upset? Because it’s never right.

Take it from us: being always right is overrated.

29. Why did the student do multiplication problems on the floor? The teacher told him not to use tables.

Sitting in a chair is bad for your back anyway.

30. What is the hardest shape to get out of? The trap-ezoid.

And don’t even get us started on getting out of a trapeze — if you don’t know what you are doing, falling on your head is pretty much guaranteed. How do people even do that?

32. Why do plants hate math? It gives them square roots.

Who could blame them?

33. Why was the equal sign so humble? Because she knew she wasn’t greater than or less than anyone else. 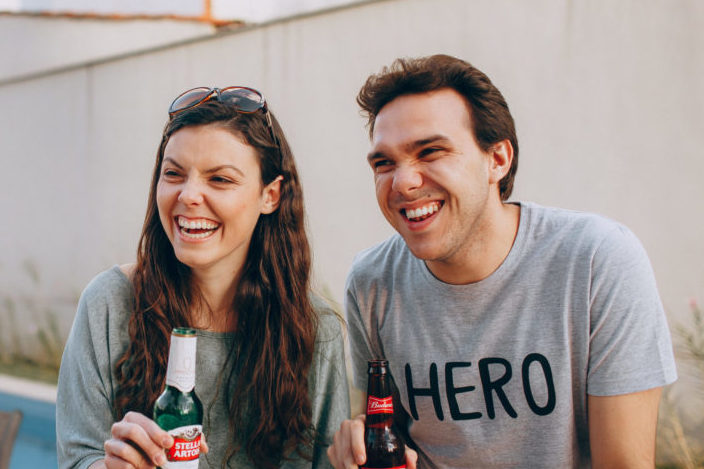 34. What do you call a number that can’t stay in one place? A Roamin’ numeral.

Roman numerals are hard, man. Don’t trust us? Alright, then — do you know what number LXXXVIII stands for? Didn’t think so. You can find out the answer here.

35. Did you hear the one about the statistician? Probably.

Ha! See what we did there?

36. Are monsters good at math? Not unless you Count Dracula.

Although he is technically a vampire and not a monster.

37. Why do atheists have trouble with exponents? They don’t believe in higher powers!

38. Today I saw the number 6 playing with the square root of -1. I thought to myself, “How cute — he has an imaginary friend.”

Okay, let’s face it: the best puns are always the bad puns. There is just something weirdly satisfying about a hilariously cringey play on words. So, let’s try a few of these for good measure, shall we?

39. Why wasn’t the geometry teacher at school? Because she sprained her angle.

40. Why was math class so long? The teacher kept going off on a tangent.

It’s a professional hazard, really. Math will do that to you.

41. How do you solve any equation? Multiply both sides by zero.

It’s your easiest way out: multiplying anything by zero yields zero. So, you will end up with 0 = 0. That said, your math teacher probably will not be too thrilled.

42. I met a math teacher who had 12 children. She really knows how to multiply!

She must never have a dull moment!

43. Why should the number 288 never be mentioned? Because it is two gross.

The number 288 is two dozen sets of a dozen, which amounts to two gross.

44. There was a statistician that drowned crossing a river... It was 3 feet deep on average.

Seems like he got a taste of his own medicine.

45. What do you get when you cross a mosquito with a mountain climber? Nothing. You can’t cross a vector and a scalar.

The more important question is why anyone would want to do that in the first place. It’s not like we don’t have enough annoying insects flying and crawling around as it is.

You can thank us later.

47. Did you hear about the constipated mathematician? He worked it out with a pencil.

If that didn’t get you to cringe hard, we really don’t know what else will.

48. What do you call an Asian kid who is bad at math? An orphan.

Tiger moms got that name for a reason.

49. How many mathematicians does it take to change a lightbulb?

Just one. He or she hands the lightbulb to two blondes, which reduces the problem to a previously told joke.

50. Why can’t the number 4 get into the nightclub? Because he’s two squared.

They don’t let boring people in.

60. What did the student say about the equation she couldn’t solve? “This is derive-ing me crazy!”

Girl, we feel you.

61. Last night I dreamed that I was weightless. I was like, 0mg.

That’s some impressive weight loss you got there!

62. Why was the math book depressed? Because it had so many problems.

Perhaps you could help solve some?

How to Pick the Best Math Puns

If you are not that good at math, it can be hard to choose math puns that are appropriate, funny, and relevant to the conversation. But that doesn’t mean you should avoid them altogether! You just need to keep in mind a few simple rules of thumb, and you will always have a great math pun (or two, or maybe even three) up your sleeve — whatever the situation.

Here is how to pick the best math puns:

Before cracking your favorite math joke, first make sure that your conversation partners will be able to get it. To appreciate your pun, they need to have a certain level of mathematical knowledge. So, young children or arts graduates might not be the best audience for these kinds of jokes.

2. Make Sure You Know Your Math

It’s not enough for the people around you to have a decent grasp of math. If you are going to be cracking math jokes, make sure that you, too, understand the math behind them! Otherwise, you risk telling the joke wrong or being unable to explain it to other people. In either case, your pun will not have quite the effect you intended it to have.

More is less here. A couple of well-timed puns can do wonders and breathe life into any conversation. If you overdo it, however, you will likely bore your audience. Plus, you might come across as a know-it-all, and no one wants that.

Here is a downloadable and printable jpg/pdf list of math puns (right click the image and select Save Image As...):

More Witty Puns to Share or Start a Conversation With

Now that we got you all warmed up, what do you say to some more awesome puns? We’ve got some really great ones!

Did you enjoy our math puns? We don’t know about you, but we think math jokes are simply awesome. Sure, they may not be for everyone, but that’s what makes them even more special. And the best part is that you now have a whole new bunch of ready-to-use math puns to use at your next social event.